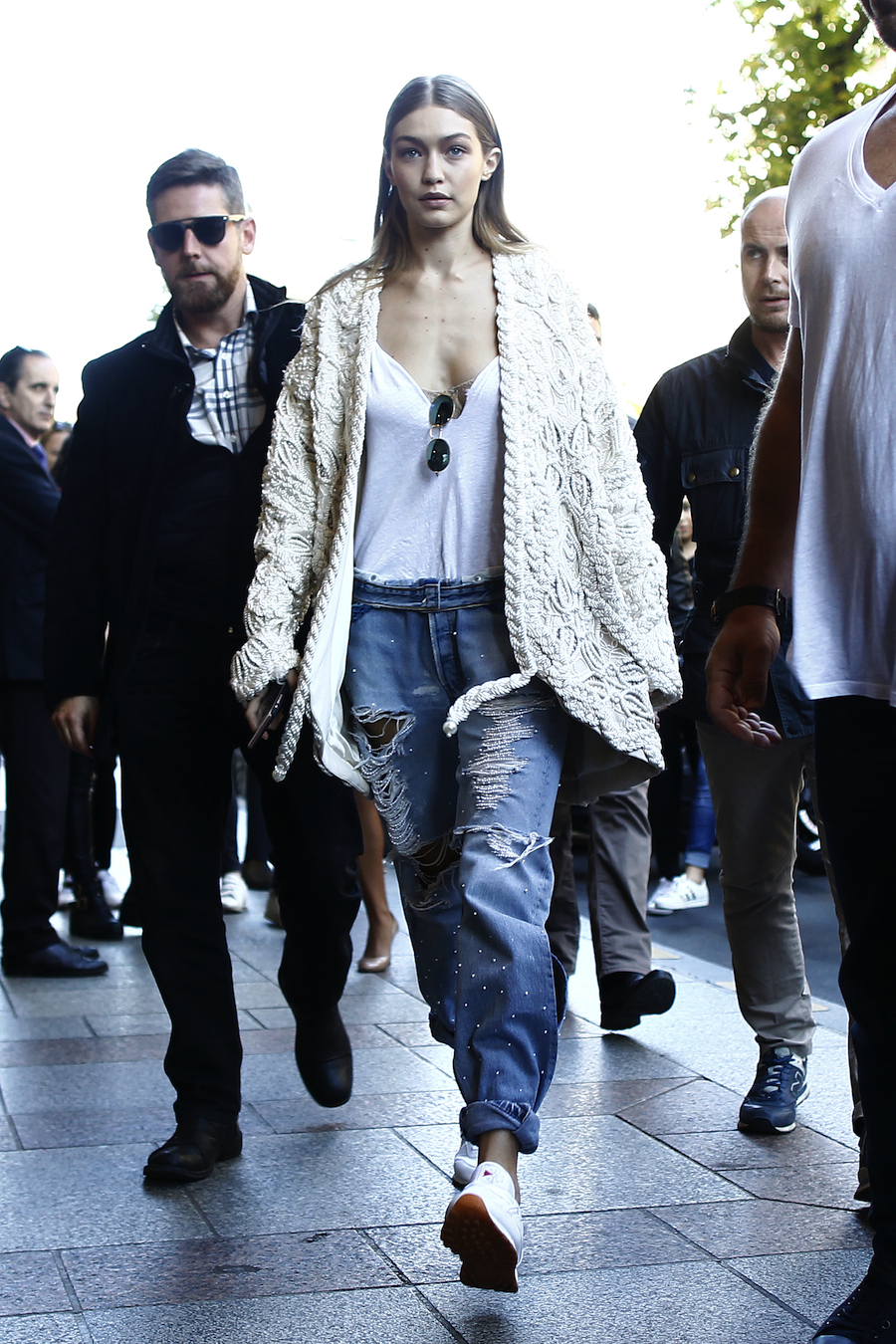 Gigi Hadid’s style is the epitome of effortless and chic. She can turn any casual coffee run into a killer high fashion moment, because she is high fashion. Her chic New York street style is, unfortunately, crazy expensive. However, thanks to the nifty invention of the Internet, finding similar pieces for less isn’t all that hard, and lucky for us, Gigi’s style is chill and fun. Here's how you can be fab like Gigi if you're on a budget!

Gigi is all about reflective shades. One of the brands she’s been seen wearing is called Quay, and in the game of high quality sunglasses, they are relatively cheap. Quay sunglasses retail for around $50-60. The fashion retailer ASOS sells multiple pairs; if you want to match Gigi exactly, she owns the “Showtime” pair.

You might already have a pair of these in your closet, which is perfect. Hopefully Gigi starts wearing stained blouses, so we can finally put those to use as well, but for now, pull out those faded jeans and rock them with a graphic T-shirt or an oversized sweater. Both skinny and boyfriend jeans work because Gigi rocks them both on the regular.

Jeans and a T-shirt may seem like a generic outfit, but when you rock it like Gigi, then you make it instantly cool. Tie the T-shirt up to meet the hem of your jeans or wear it cropped. If you are “Team Zigi”, then I suggest the shirt in the link, which is a remake of a shirt Gigi was seen wearing.

Gigi is the sneaker queen. Walking around New York with Taylor Swift is tiring; you need comfy shoes. Gigi has almost single-handedly made sneakers cool again. Now sneakers are made in fun colors and prints, so it’s time to up your sneaker game. Gigi recently partnered with the brand Reebok, and you can find her official line featured on Reebok’s website if you want to splurge a little.

The '90s are back, y'all, and this accessory is once again an outfit staple. They go with everything and can spruce up any ensemble. They are available at most places, but Forever 21 is really hooking up with the low prices.

Throw on a leather jacket or an oversized denim jacket and you’re ready to go. The world is your runway.