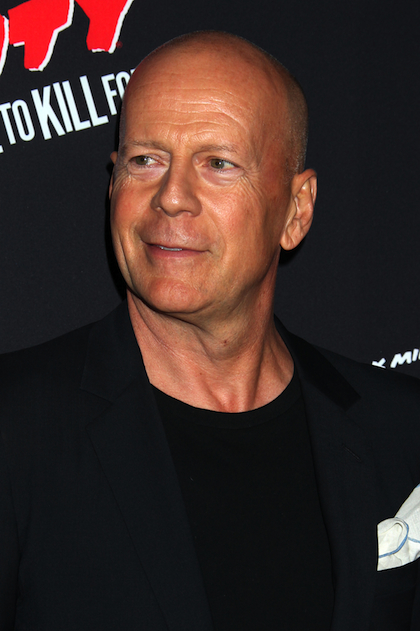 Now for something completely different: Stephen King’s terrifying novel, Misery, which was made into an Oscar-winning film in 1990, is about to be adapted yet again, but this time into a thrilling stage play. If that’s not strange enough, then here’s another twist: Bruce Williswill star in it.

If you are not familiar with Misery, allow me to enlighten you on what I consider to be the most disturbing of King’s tales (and this is the same guy who wrote It). The novel focuses on acclaimed novelist Paul Sheldon, author of the popular Victorian era-novels focused on a heroine named Misery Chastain, who suffers a horrific car crash and is rescued by his "number-one fan" Annie Wilkes. She proceeds to nurse him back to health, but she turns from sour to sweet when she discovers what he has killed off her favorite character. She then proceeds to make him write a whole new novel just for her -- at any cost.

Willis will play Sheldon, while stage veteran Elizabeth Marvelwill portray his crazed fan, Annie. Marvel has previously appeared in productions of A Streetcar Named Desire andPicnic and is currently featured in Netflix’s “House of Cards”. It sounds as though she has the right background to bring the wide-eyed crazy that is needed for Annie. She does have some big shoes to fill stepping into this role -- Kathy Bates won an Oscar for playing the character in the film adaptation and made her far more disturbing than any other villain (she makes Jason and Michael Myers look misunderstood).

Willis himself is not known for his stage work, nor is he known for being confined to a bed in his roles (Sheldon spends most of the book bedridden). It will be interesting to see if Willis is up for the challenge and how he interprets the role of Sheldon. The story as a whole should be easy to adapt for the stage, since the majority of it takes place in a bedroom in Annie's isolated home.

Sadly, the play will not be a musical. However, there is a musical based on King's first novel, Carrie, and it’s currently being revived in La Mirada (a suburb of Los Angeles) if you're into that sort of thing.

Misery the stage play will be produced by Warner Bros. Theatre Ventures and will debut on Broadway though no specific date or venue has been set yet.