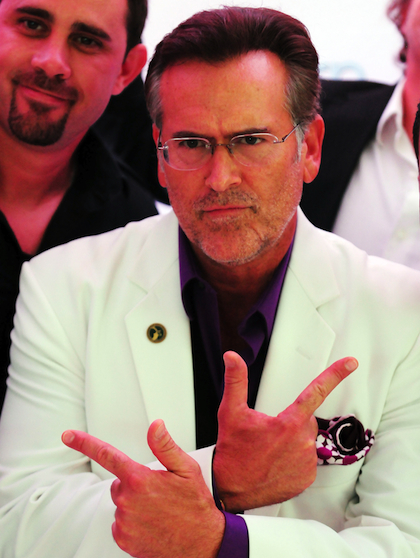 In addition to movies, 2015 is set to have a multitude of highly-anticipated television show premieres. With adaptations from books and movies, the television set is continuing to be rocked and this time by a cult classic!

That’s right, Starz has called upon Sam Raimi and Bruce Campbell to bring us an Evil Dead television series! The excitement surrounding this release is enormous since the original film The Evil Dead premiered in 1981. Even after 30 years, it is still a fan favorite. Campbell announced that he will be reprising his role as Ash, complete with his chainsaw arm, faced with yet another Deadite plague.

The series, "Ash vs. Evil Dead", will consist of 10 half-hour episodes. Raimi will serve as executive producer, along with Campbell, and will direct the pilot.

What else can they add to Evil Dead story? Who truly knows, but as far as the Evil Dead fans are concerned, we want some! We want some more Evil Dead!