Breaking Down the 2018 Academy Award Nominations! 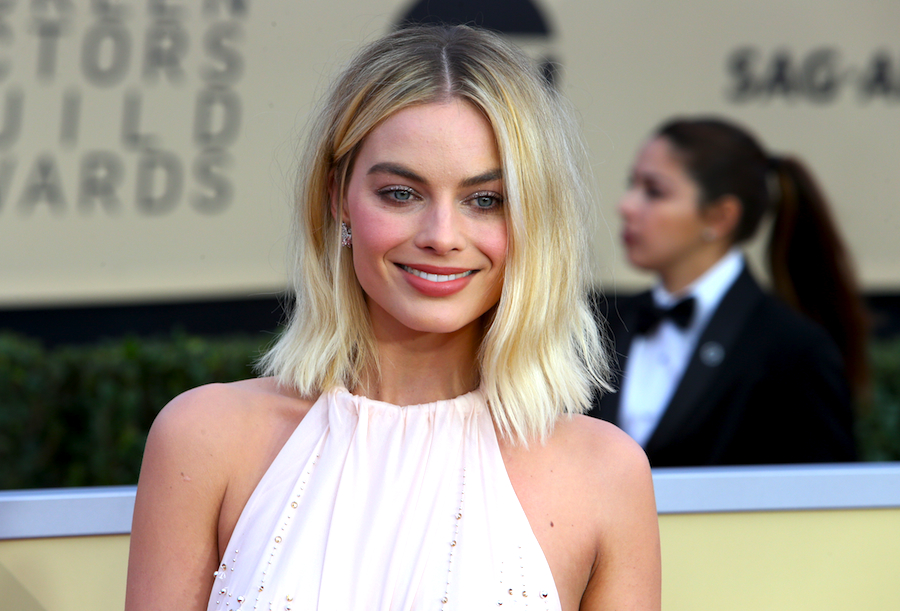 It’s all come down to this, y’all! After the sneak previews known as the Golden Globes and SAG Awards, the time has come to unveil your 2018 Academy Award contenders!

This year, I’m gonna break down each category (well, most categories… I haven’t seen any of the Best Documentaries or Short Films, etc, so it would be pointless to comment on those) and give you my thoughts and predictions! Let’s dive right in!

Call Me by Your Name

The Shape of Water

No surprise here, really, as all these movies have made good showings at other award ceremonies. Perhaps the biggest “surprise” is Phantom Thread squeaking in there as opposed to, say, I, Tonya or The Greatest Showman. Phantom Thread has proved to be a sort of late contender, but Three Billboards has been running away with nearly every award it’s been up for this Award Season, so it seems likely to continue the trend here. Though it has a tough competitor in Lady Bird, so I expect it to be a battle between those two!

Daniel Kaluuya (Get Out)

Timothée Chalamet (Call Me by Your Name)

Again, no surprises here as all these gents have popped up in other award shows, but perhaps the biggest surprise isn’t who is on this list but who is not – namely, James Franco for The Disaster Artist. Just a few weeks ago, he was poised to be the frontrunner in this category, having nabbed a Golden Globe for his surreal portrayal of Tommy Wiseau. One might posit that it has something to do with the allegations made against him in recent weeks, but I feel like people would have cast their votes before then, no? At any rate, with Franco off the table, the way seems to be paved for Gary Oldman to nab his first Oscar for his transformative portrayal of Winston Churchill. The Academy does so love cosplay, after all! Meanwhile, Timothée Chalamet becomes the third-youngest Best Actor nominee ever.

Sally Hawkins (The Shape of Water)

As much as I adored Sally Hawkins (who gave an incredible performance without uttering a single word the entire movie), this looks to be a one-on-one between Frances McDormand and Saoirse Ronan, both of whom won Golden Globes. However, when going head-to-head at the SAG Awards, McDormand came out on top. McDormand, who already has an Oscar for Fargo, stated in her acceptance speech at the SAG Awards that it was time for the younger talents to get a “door stop” of their own. Will the Academy members take her words to heart and give it to Saoirse (who’s been nominated twice before)? Or will Margot Robbie be the dark horse to upset them both? P.S. this is nomination #21 for Ms. Streep.

Christopher Plummer (All the Money in the World)

Richard Jenkins (The Shape of Water)

It’s no secret that I would love to see Richard Jenkins walk away with this one, but Sam Rockwell has been dominating other award shows so he is the clear frontrunner. Meanwhile, eternal props to Christopher Plummer for stepping in at the literal 11th hour to replace Kevin Spacey and turn out an Oscar-nominated performance. At 88 years old, besides! #notaboutage #itsaboutattitude

Octavia Spencer (The Shape of Water)

This is Allison Janney’s category to lose, quite frankly. The 6-time Emmy Award winner is primed for some big screen glory, though personally I wish it were for something a little less… campy? Again, Oscar loves it when actresses dress down and do impersonations. Meanwhile, Laurie Metcalf has some pretty impressive TV creds herself, but with a concurrent film career to boast of as well, and her role in Lady Bird was something she had to develop on her own. Not to take anything away from Janney – she was great – but when you have a living, breathing person to mold a performance off of, your job is already half-done…

Jordan Peele (Get Out)

This is always a tough category because there are 10 Best Picture nominees but only 5 of those directors get to be recognized for their achievement of directing a Best Picture nominee. But one thing we can say right off the bat here is, both Jordan Peele and Greta Gerwig got possibly THE BEST vindication coming off their shared snubs for Best Director at the Golden Globes! Having said that, though, I think it’s very likely that, just like the Globes, they will give this one to del Toro, as a sort of consolation prize for not winning Best Picture or any of the acting categories. Not that it won’t be deserved, though… The Shape of Water is MASTERFUL under del Toro’s keen direction. Though given the fact that Three Billboards is the frontrunner for Best Picture, it’s odd not to see director Martin McDonagh on this list, as he has been credited with much of the film’s breakout success.

Get Out (Jordan Peele)

Here is where Jordan Peele and Greta Gerwig have their best shot at some hardware. Martin McDonagh appears in this category too, so if Three Billboards ends up winning Best Picture, this could be where McDonagh gets individual recognition. And hey, super big congrats to husband-and-wife duo Kumail Nanjiani and Emily Gordon for nabbing a nom for their semi-autobiographical work on The Big Sick! #RelationshipGoals for sure!

Call Me by Your Name (James Ivory)

Back when Logan first came out, critics touted it as the first Marvel movie to possibly get Oscar recognition… and they weren’t wrong! Though it would have been nice to see something in the Best Actor or even Best Picture categories, Adapted Screenplay is still a nice kudo. As for who might ACTUALLY win… well, Call Me by Your Name has a good chance, again as a consolation for not winning Best Picture. However, this one could go to The Disaster Artist, as a way for the Academy to recognize the movie without having to directly recognize James Franco…

The Shape of Water (Dan Laustsen)

I’ll be shocked if this one doesn’t go to Blade Runner 2049, as that is the main aspect of the film folks have been raving about. Also, Roger Deakins is a legend. BUT The Shape of Water is truly breathtaking, so hopefully Dan Laustsen will be a contender as well. But the biggest news here is that, for the first time EVER, a woman was nominated in this category! Yes please, more please!

Beauty and the Beast (Jacqueline Durran)

The Shape of Water (Luis Sequeira)

Just yesterday, a co-worker came into my office and showed me a booklet he got at a screening of Phantom Thread which focused heavily on the costume designs, and the first thought that popped into my head was “2018 Oscar winner”. I mean, you don’t make a movie about a fashion designer and NOT at least get a nomination in this category, right? Meanwhile, I guess the fishman suit counts as a costume in The Shape of Water and not makeup? Because honestly I dunno what else that movie could be in this category for, and it didn’t get a nom in the Best Hair & Makeup category. Also, kudos to double-nominee Jacqueline Durran! A very busy lady, it seems!

Okay, The Shape of Water HAS to win for this one! The seamless mixing of different styles and eras with the dreamlike green aesthetic is really what brought this movie to life for me. And yo, did Beauty and the Beast and Darkest Hour just use all the same production crew??

Star Wars: The Last Jedi got 4 nominations, but mostly in technical categories (Visual Effects, Sound Editing, Sound Mixing). John Williams nabbed his 51st nomination for Best Original Score… for a theme he’s not only been nominated for 4 other times but actually WON once already (for the original Star Wars film in 1978)! Considering A New Hope also got nominations for Best Supporting Actor (Alex Guinness), Best Director (George Lucas), and Best Picture, I’m hoping that this new trilogy will get some recognition in these major categories after the third movie comes out (like they did with Lord of the Rings: Return of the King), especially for Adam Driver, because come on…

The full list of nominees can be found here. The 90th Annual Academy Awards air on March 4 on ABC.