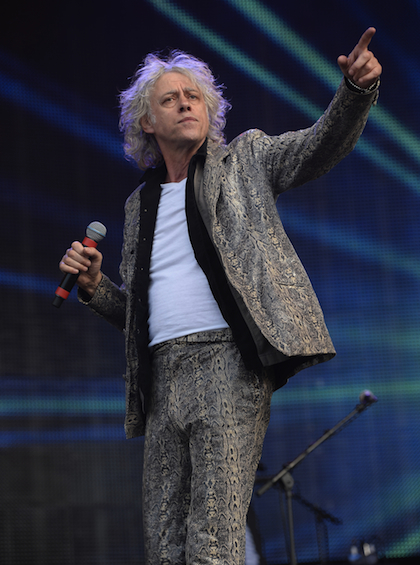 There’s no doubt that the Ebola epidemic is a frightening and very troublesome issue. Aside from the news reports and the scares that have been going around, many wonder what we can do to help those who are affected and are in danger.

Many artists and celebrities are wondering the exact same thing. And many are mobilizing to help with financial relief.

Bob Geldof announced that he will be revitalizing the Band Aid project. #BandAid30 re-recorded the Christmas classic, “Do They Know It’s Christmas?”, which was originally recorded in 1984. Musical artists (mainly from the U.K.) came together to raise money for famine victims in Ethiopia. Since then, the song has been re-recorded two more times, in 1989 and 2004, with different artists.

In this 2014 version, artists like One Direction, Bastille, Ellie Goulding, Ed Sheeran, Sam Smith, Bono from U2, Emeli Sandé, and Chris Martin from Coldplay, amongst many others, lent their musical talents to the cause.

Proceeds from the single will go towards the fight against Ebola. Geldof also explained that they will be rewriting some of the lyrics to fit the current cause. Check out the original recording of “Do They Know It’s Christmas?” for reference...

The new version of the song was recorded over the weekend and is available for download starting today. The video was also released to accompany the single, which opens with stark images of the toll the disease has caused, and features the many participating artists coming together in the recording studio:

This Ebola outbreak has killed nearly five thousand people and infecting many more. The most affected are Liberia, Guinea, and Sierra Leone in Western Africa. There are many different ways to help and donate to help fight Ebola; even Google promises to donate $2 for every $1 donated.

We can all do our part to help fight Ebola!