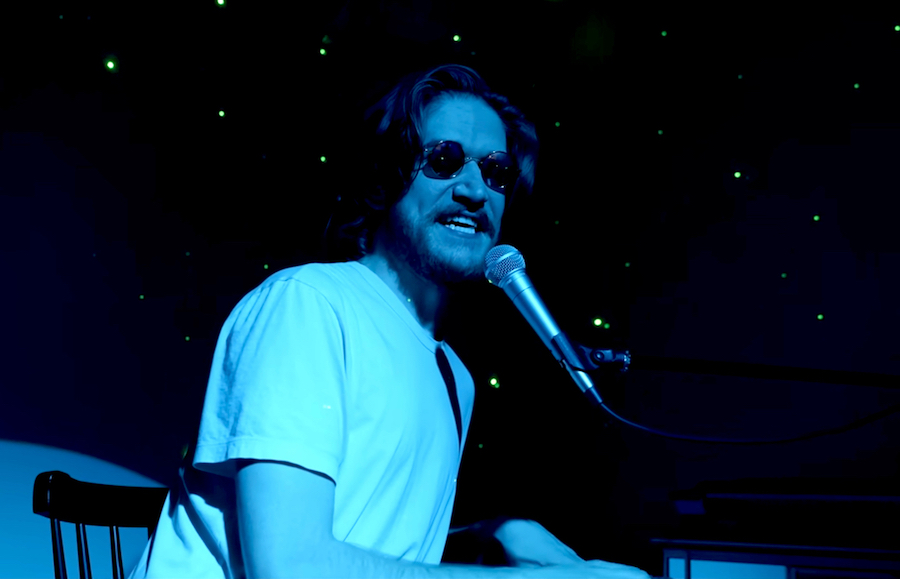 I’m not typically nervous to write an article. I love to write, and I am not normally afraid to take on any subject matter, be it pop culture, sports, politics, or anything else. But this one makes me a bit anxious. Why? Because I’m tasked with talking about the new Bo Burnham Netflix special "Inside", and it was just... So. Good. So much so, in fact, that I fear that I will not do it justice. There were so many layers to it and so much to unpack, but I guess the only way to move is forward, so I’ll give it a shot.

First, let me just go ahead and say it – Bo Burnham is, and has always been, absolutely brilliant. The way he, for more than a decade, has known exactly what we’re thinking (or, at least, what I’m thinking) is uncanny. "Words, Words, Words" (2010) feels like a trillion years ago; heck, so do "what." (2013) and "Make Happy"(2016). But I mean, everything feels like a million years ago after the year-and-a-half we’ve had. My point here is, I may have been guilty of forgetting just how talented Bo Burnham is, and how his performances are always so nuanced and intelligent. "Inside" may have been his best work to date, and that’s certainly saying something.

Second, to tackle a special that is all shot and performed in one room, during a global pandemic, that Burnham also wrote, directed, and edited is quite the accomplishment in and of itself. But for it to turn out this perfect... Can somebody say Emmy nominee? We all know Burnham for his witty tunes, but this one had a little bit of everything in the song department, starting with the wholly relatable "FaceTime with My Mom (Tonight)". Some songs, like this one, had that signature pandemic stamp, while others – "How the World Works", "White Woman’s Instagram", and "Welcome to the Internet" being three of my favorites – acted as their own commentaries on the state of the world today, complete with Burnham’s classic irreverence and existential crises. Unsurprisingly, Burnham isn’t afraid to point out the ridiculousness of the society we live in, particularly as it pertains to the digital age, and as always, he’s right. As I write this, I recognize that you will probably read this on your phones, tablets, or laptops, which is exactly what Burnham tries to reckon with. What’s my point? Don’t read this, and maybe get yourself outside today. Actually, please do read this. But then walk your dog or something. And leave the devices in the house beforehand.

But this brings up another critical point – Bo Burnham doesn’t just write and sing clever songs; he attacks tough topics with poise and apparent ease. From how COVID has affected his mental health to the struggles he endured while making this special to how frustrated certain forms of societal discourse continue to make him, this special was as raw as could be. And still, somehow, I found myself laughing throughout. With that, the blend of songs and monologues intermixed throughout the special was executed wonderfully. Burnham knew how to play with the awkward, the uncomfortable, the taboo, all while being as relatable and grounded as can be. I’m sure I speak for all of us when I say that Burnham’s descent into the pandemic madness captured our thoughts and feelings exactly. We all had moments throughout quarantine (and after, if you’re anything like me) where we questioned our own sanity, the overwhelming issues plaguing the world at the same time as a seemingly uncontrollable disease and the overarching struggles that, as Burnham notes, will continue on far beyond COVID.

So yeah, I would say that Burnham demonstrated pure artistry in "Inside". There wasn’t a single moment of boredom, not one second of “eh, I’ll get back to this later.” And not to mention, the songs in this special are bops. I mean it. Super complex, intricate bops. Tough topics have met their match with these cool beats, and they’re all hit-worthy in my eyes. Again, if this guy doesn’t get the Emmy nom after the gift he all gave us, I’m not really sure what’s up. And yes, I probably spoiled a ton here, but I actually didn’t. I can type ‘til my fingers fall off, but this special will still blow your mind no matter how much I continue to blabber on. So, I’ll end it here.

Okay, one last thing: Bo Burnham is an innovator. Full stop. Keep doing your thing, Bo! We're here for all of it.