BLUMHOUSE Teams With Hulu To Go "Into The Dark" On Every Major Holiday Of The Year! 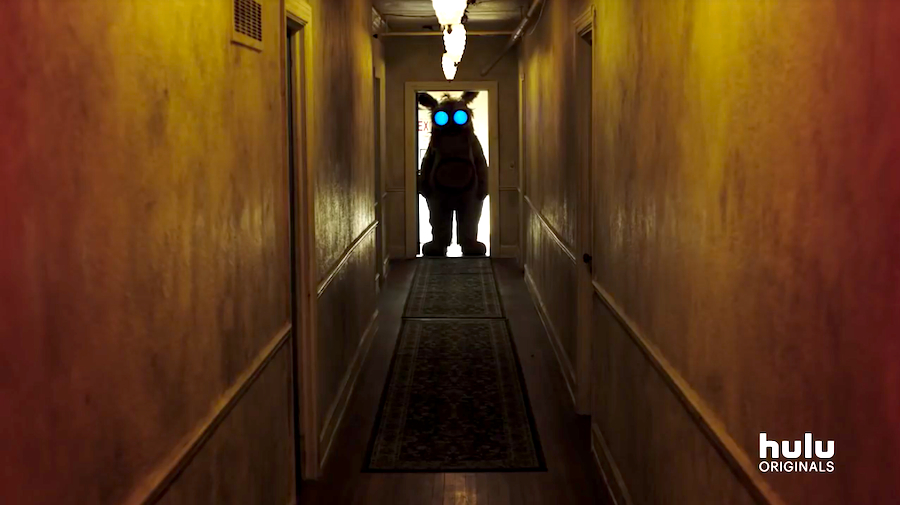 Everyone knows that when you go to the movies to scare yourself nowadays, there is a good chance you’ll see the terrifying BLUMHOUSE logo beforehand. That thing is pretty gnarly for just being a production logo. The prolific studio has put out some of the most successful horror franchises in today’s game and a number of next-level titles in the genre for audiences everywhere to see. From the Academy Award-nominated Get Out all the way to the fan favorite Conjuring Universe, it is safe to say that Jason Blum & Company know what they are doing when it comes to scary stuff on the big screen. And it would definitely make sense that, when they made the jump to the small screen, they would not hold back on bringing their signature terrifying innovation that their viewers are used to.

BLUMHOUSE will begin to terrorize the TV world with its very ambitious anthology series “Into The Dark”. What sets this scary tale apart from similar series like “American Horror Story” or “Channel Zero” is that each episode of the horror series is inspired by a holiday from the month in which it is released. That is right, boys and girls, get ready to have holidays like New Year's Eve and Thanksgiving become just as terrifying as Halloween. Each episode will air one month apart on the popular streaming service with the first to release in October for Halloween.

Turns out transporting a body on Halloween is actually the best costume...

Into The Dark's first installment, The Body, is screening tonight at @LAFilmFestival. For those of you who can't make it, catch it on @hulu starting October 5th. #LAFFhttps://t.co/xPpsydHozqpic.twitter.com/9zmjL5Kmrq

The show recently premiered at the L.A. Film Festival with many of the people behind the production in attendance, including BLUMHOUSE head honcho Jason Blum and star of the first episode, actress Rebecca Rittenhouse. The episode airs to scare the public October 5 and also stars Tom Bateman, Ray Santiago, David Hull, and Aurora Perrineau. The first episode, titled “The Body”, is described as a story about a sophisticated hitman with a cynical view on modern society who finds his work become much more difficult when he has to transport a body on Halloween night in the selfie-absorbed culture of L.A., but everyone is enamored by what they think is his killer costume.

“Flesh & Blood” in November will follow this episode for Thanksgiving, which seems somewhat appropriate, given the food and the family values the holiday teaches. This one will have a totally new cast and plot separate from the first episode. This installment will feature the talents of Dermot Mulroney, Dana Silver, and Tembi Locke. The story revolves around Kimberly and takes place a year after her mother’s death. She begins to suspect that she is in danger in the home, but she can’t leave and doesn’t know whom she can trust. From the looks of this episode and the opener, this series will definitely make everyone’s holiday experiences over the next year a bit more interesting, to say the least. I don’t know about you guys, but I’m very excited to see how April Fool's, Easter, and Labor Day get turned into horrific masterpieces.