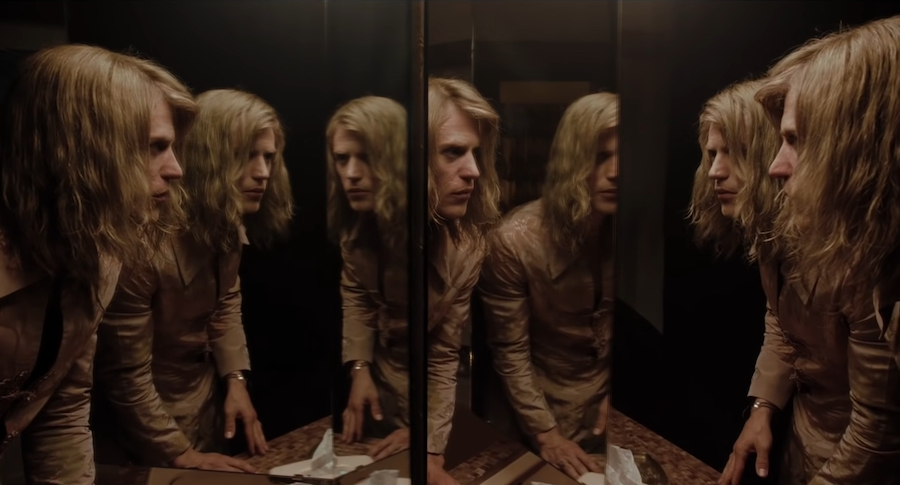 The next installment in the rock star biopic craze is almost here, taking us on another seminal journey with a young English musician who has big American dreams. Stardust takes us on the road withDavid Bowie as he travels to the United States and inadvertently changes the world.

The first trailer for the film gives off triumphant, feel-good vibes, as it chronicles a young, long-haired Bowie (Johnny Flynn) as he gears up to promote his third album, The Man Who Sold the World. When asked on a radio show what the record is about, he explains, “It’s about the years I spent dressing in women’s clothes, getting laid.” This scene encapsulates the trailer and, by extension, the movie: when the world frowns on Bowie’s eccentricities, he doubles down with a sly smile and comes away with the upper hand.

Stardust looks like it will follow its predecessors in terms of story arc; like Bohemian Rhapsody (and, to a lesser extent, Rocketman), the Bowie film covers the years before his break into superstardom, the trials and tribulations of a musician on the verge, and the ultimate victory of “making it”, which comes with its own set of problems. It will focus on how the Ziggy Stardust character came into existence, transforming mere musician into otherworldly sensation.

Interestingly enough, the film will not include any of Bowie’s music, seeing as the production did not secure rights to his songs. This is where it obviously differs from the more recent music biopics, leaving fans and critics alike wondering how the concert scenes will play out.

The movie will be available on streaming platforms and in select theaters on November 25. If there’s one thing that can be promised, it’s that it won’t be boring.