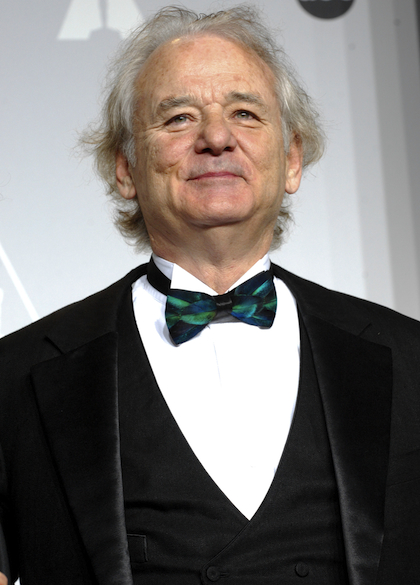 One of my all-time favorite Disney characters is Baloo from The Jungle Book. Seriously, who wouldn’t want to hang out with Baloo? He hangs out in the jungle, singing and dancing, while simultaneously stuffing his face with delicious fruit. It only makes sense that Jon Favreau, who is currently working on a remake of The Jungle Book, would pick the human being that most people would want to hang out with to voice the character: Bill Murray.

Murray is set to voice Mowgli’s chillaxed buddy, joining an impressive voice cast that already boasts Ben Kingsley, Lupita Nyong’o, and Scarlett Johanssen. In an equally fitting turn, Christopher Walken recently signed on as King Louie, and "Breaking Bad" star Giancarlo Esposito will take on the role as Akela, the leader of the wolf-pack. Neel Sethi, the 10-year-old newcomer who will play Mowgli, is truly living the dream -- he gets to play a boy who gets to roll around in the mud while hanging out with an animated bear voiced by Bill Murray.

I find it perfectly fitting and hilarious that Murray is voicing Baloo. Think about it: he basically is Baloo. Nothing seems to bother Murray; he’s been known to surprise fans by randomly eating their food and jumping into pictures. If Baloo was a human, he would probably behave quite similarly. Granted, I have yet to hear Murray sing, so this should be a new adventure for him!

Are you excited to hear Murray voice Baloo?