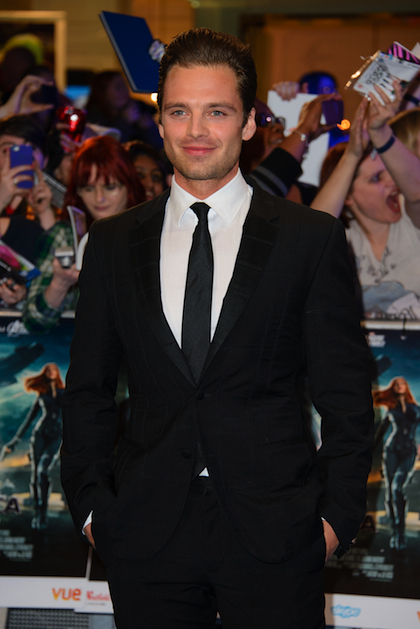 You probably know him best as Bucky Barnes in the hit film adaptations of the Captain America franchise, but just exactly who is the handsome, clean-cut dream of an actor named Sebastian Stan?

Well, for those of you who don’t know, Mr. Stan is one the next big things in the world of acting, and even though he on the ascent of film superstardom, he is a veteran actor of many years, and has appeared in numerous roles, both on screen and on stage.

The 30-year-old actor was born in Romania, and lived there until the age of 12, when his mother moved him to New York state. It was after his emigration to America that Stan caught the acting bug; he eventually studied at Rutgers’ Mason Gross School of Arts, and as cliché as it sounds, a spark in him ignited and a star was born.

Although he’s appeared in shows like "Gossip Girl" and movies like Hot Tub Time Machine and Black Swan, one could argue that Stan’s first big “I have arrived” performance was in 2011’s Captain America: The First Avenger, where he portrayed Bucky Barnes, the best friend (and soon to be foil) to Chris Evans’s iconic superhero.

This role sparked the interest of many, both moviemakers and fans alike, and since the first Captain America installment, Stan has been featured on TV hits like "Political Animals" and "Once Upon a Time", and even a stage role in Roundabout Theater’s version of Picnic.

What we love most about Sebastian is that, behind his boy-next-door good looks is a sassy and bold talent that is destined for even bigger roles to come. Best believe, whatever new TV show, movie, or play Sebastian Stan wants to do next, we are going to be the first ones therer in the audience fangirling over every second of him.