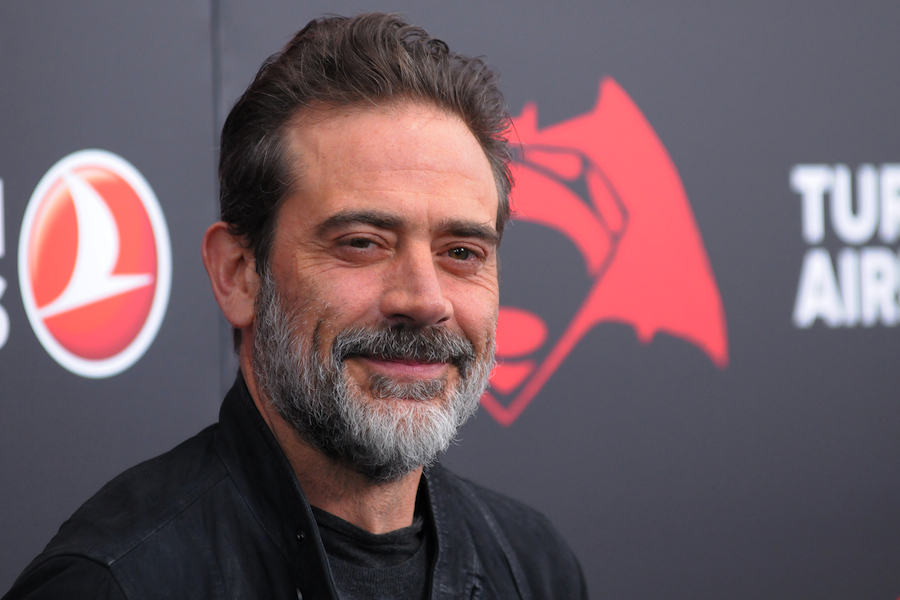 Who is the dashing, sexy, talented man with three first names who is playing the infamous Negan on "The Walking Dead"?

If you saw the Season 6 finale of "The Walking Dead", you know that Negan is going to be one of the biggest villains of the whole series and will be the leading antagonist going into Season 7. All it took was 10 minutes of Negan's monologue to convince me of how great the casting for that character was. JDM showed a silent power and scary likability that makes a great super villain. Just in the way he says “Lucille” (the scary bat that Negan wields)... It gives me chills.

And judging by JDM's past work, we have every reason to believe he will continue to deliver on "TWD"...

Jeffrey started his acting career in 1991 in a film called Uncaged and continued to appear in over 20 feature films and even more television work. Some of his more well-known filmography includes P.S. I Love You, Watchmen, The Possession, and he was even Thomas Wayne in the recent Batman v Superman: Dawn of Justice.

SOBBING. Sorry, let me compose myself.

SOBBING AGAIN. Why do they have to keep killing him off?!

But one of his most recent television roles was Jason Crouse on "The Good Wife".

Oh, Mr. Morgan, don’t do this to me. He’s sexy, smart, and talented. He’s… sigh … perfect. Did I mention he rides motorcycles and loves dogs? Well, he does.

Fun Fact: Jeffrey co-owns a candy shop with Paul Rudd in New York. How random (but awesome) is that?? Check it out here!

We are looking forward to seeing the charming and hunky Jeffrey Dean Morgan as Negan in Season 7 of "The Walking Dead" this fall!

In the meantime, check out our chat with JDM at Comic-Cons past!