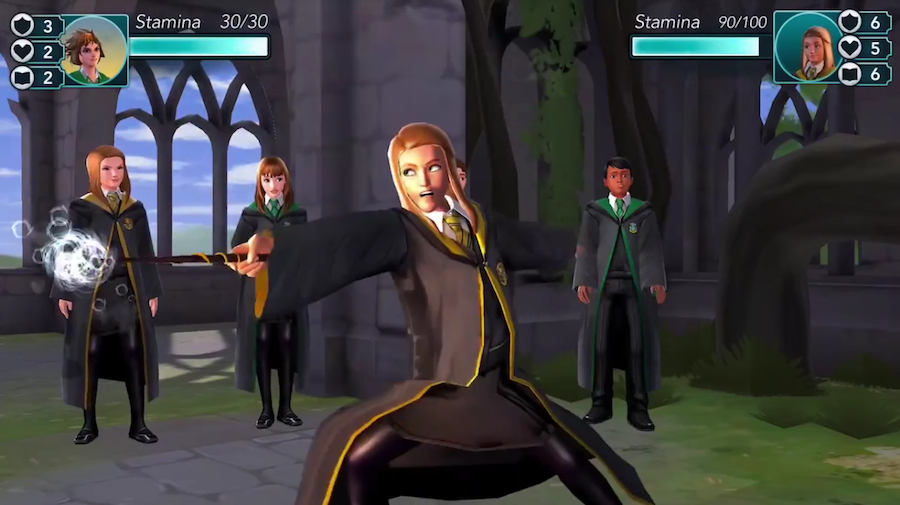 The ever-expanding world of Harry Potter first enchanted us with its presence over 20 years ago with the arrival of J.K. Rowling’s Harry Potter and the Philosopher’s Stone (or Sorcerer's Stone, for the Yanks). The years of films, books, merchandise, and even theme parks that followed have been amazing additions in bringing Hogwarts a few realities closer—but we’re always craving more. Trips to Orlando or L.A. to enter the Wizarding World can be pricy, and although the rides on the Hogwarts Express, desserts from Honeydukes, and the expansive, intricately-designed waiting line that is actually the castle of witchcraft and wizardry itself are all incredibly engaging, we need immersive experiences that are a bit closer to home.

In 2012, we were gifted with Pottermore, a website with exclusive content and experiences on the Harry Potter universe. Users could shop for their virtual magical pets, discover their Patronus, and, of course, be sorted into a Hogwarts House. The site remains an amazing news source with beautiful imagery, and the franchise is thriving. As fans are continuing to keep the spirit alive, a new app has appeared to tantalize us all, and it's called Harry Potter: Hogwarts Mystery. The app pushes at the emotions by placing an image of Professor Snape as its icon, played by the amazing Alan Rickman who left us too soon just two years ago.

The game begins by allowing you to customize your character’s appearance and name, and sets you up with a friend, because exploring magic is more fun if you have someone to share the experience with. You must collect your wand, converse with your friend, and wonder about some sketchy family secrets before heading off to your first year of classes. Although sorting quizzes are fun, this game actually allows the player to choose their house (obviously, I chose Slytherin), ensuring that everyone can explore their ideal Hogwarts scenario. Thus far, the game is a blend of tiny choose-your-own-adventure moments that add up to build your personality and various classes.

Although the graphics and storyline of the game are amazing, players are concerned about the amount of energy it takes to complete tasks. Energy points are required in order to finish lessons and other activities that must be fulfilled within a designated time limit. Each player begins with a maximum of 24 energy points, and many tasks require several points, which each take four minutes to regenerate. This can cause some snags in gameplay, which forces people to either endure long waiting periods or pay for gems. While this format is nothing new, it does require a bit of patience. (Hint: you can exit lessons and wander about the castle, clicking on lights and other objects to find some extra energy points.) Watch out, because a menacing rival that offers no mercy to your lack of energy might get you. On the bright side, at least this guarantees that we aren’t stuck on our phones for obsessive periods of time. We need our eyesight if we want to continue brewing potions and casting spells.

Regardless of its setup, the game by Jam City, Inc. is currently ranked #2 in Adventure on the App Store, with a highlighted five-star review from none other than user Tasty turtles titled, “yes thank you god” that keeps it simple by saying, “i love i t.” I guarantee that I couldn’t have said it better myself.

The fun of the Harry Potter world is contagious, and it’s hard to not enjoy many aspects of a game that is based on living your best wizard or witch life. It’s definitely worth checking out, and we’re excited to see how the magic unfolds. Download the app today, available for iOS and Android.