Behind-The-Scenes "Stranger Things" Pics To Help You Recover From Season 4! 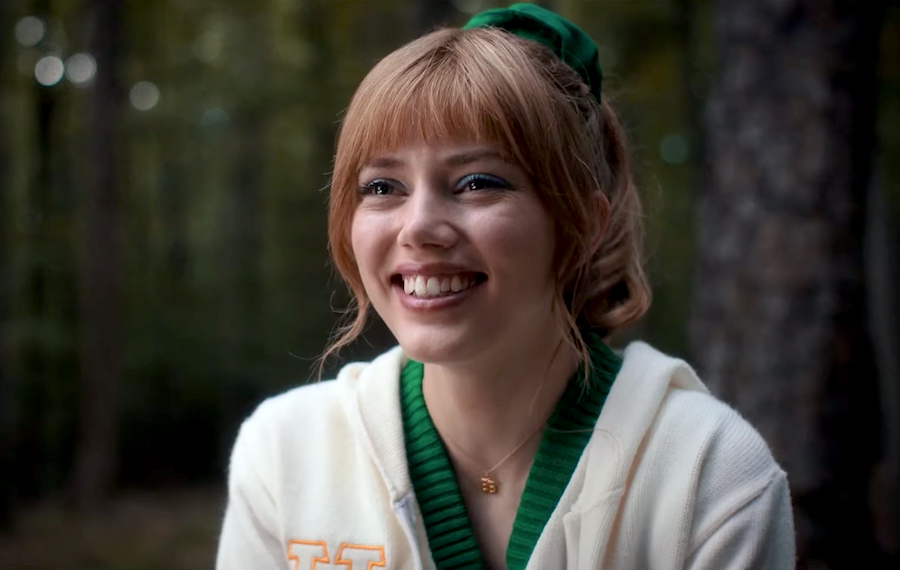 After binge-ing the intense second volume of "Stranger Things" Season 4, we’re still struggling to recover (and get our heart rate down) from all the heartbreak and intense action. And if you’re anything like us, so are you. In order to help speed up this recovery process, we’ve gathered some hilarious and wholesome behind-the-scenes pics posted by cast and crew to take our minds off Eddie’s fate and the unanswered question of how Max (and really the entire town of Hawkins) is going to fare. Enjoy!

After the release of Volume 2, Millie Bobby Brown (Eleven) shared some hilarious photos of herself, Sadie Sink, (Max) and Noah Schnapp (Will) in-between filming the emotional hospital room scene with the caption, “yes, noah ate a cracker from Sadie’s toe..” This photo set definitely helps add some lightheartedness to an otherwise intense, heartbreaking scene.

Caleb McLaughlin (Lucas) and Sadie Sink delivered some of the most heart-wrenching performances in the season finale, so we’re thankful for Caleb’s BTS photos of him and Sadie Sink joking around in the Vecna-fied contact lenses. Even if we can’t get Lucas’s pleas for help as he held Max in the Creel house out of our heads, at least we can see the actors playing around off-camera!

Finn Wolfhard (Mike) provided some wholesome content of various cast members such as Eduardo Franco (Argyle), Charlie Heaton (Jonathan), Natalia Dyer (Nancy), Joe Keery (Steve), Maya Hawke (Robin), and Millie Bobby Brown from the filming of the second volume. Included in this photo set is some seriously adorable content of on- and off-screen couple, Natalia Dyer and Charlie Heaton, watching soccer together. The cuteness definitely takes away from all the horror of the final episodes.

Amy L. Forsythe, "Stranger Things"’s talented makeup artist, provided tons of great BTS content of all the characters’ makeup looks and even some of the original sketches for Eddie’s tattoos. So much detail goes into making the nostalgia and horror of the show work, so check out her page to appreciate all the effort that goes into creating such an amazing show!

And last but never least, Grace Van Dien, who played our favorite ill-fated cheerleader Chrissy (R.I.P.), posted this adorable video of herself dancing to the now-infamous Kate Bush song "Running Up That Hill" while in costume in her trailer. We dare you to still be in a sulky mood after watching this!

We hope you find these BTS pics as helpful as we did in easing our heartbreak and holding us over while we wait for our burning questions to be answered in the 5th and final season of "Stranger Things"!