"As Told By Ginger" and 5 Other '90s Teen Shows That Need a Reboot! 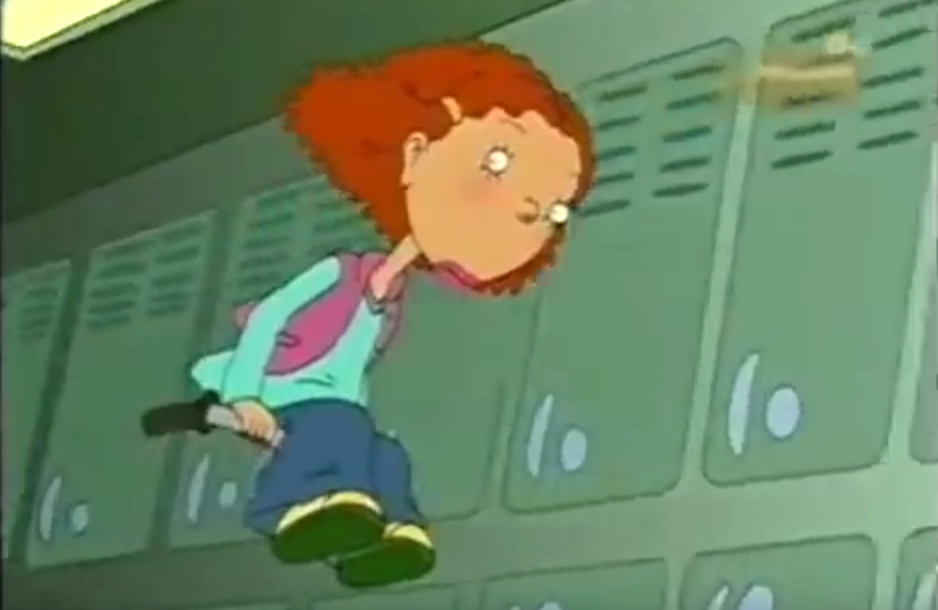 It's been an emotional last couple weeks for us "As Told By Ginger" fans.

Talks of a reboot began to circulate, but to the dismay of many, the reboot is NOT going to happen any time soon.

Not exactly sure who Ginger is? Or what story she’s telling? Well, any '90s girl worth her salt can tell you that "As Told By Ginger" is the show that helped her through her adolescent years. The animated series, which aired from 2000 to 2003, focused on Ginger, a pre-teen going through the same daily issues that most pre-teen girls experience, from shaving your legs and telling a boy you like him to even more serious topics like depression. "As Told By Ginger" gave girls guidance and some self-esteem and assured them that they were not alone.

A gem. This show was a gem, and the consensus is that "As Told By Ginger" needs a reboot.

"As Told By Ginger" was the perfect coming-of-age series that dealt with real-life situations and issues. No offense to television today, but while the dark and scary approach to real life can be quite compelling, it's not necessarily that realistic. Television today has taken a turn to the "gritty" and "edgy" side along with being completely outrageous and ridiculous, attacking societal and political issues through satire, which, don’t get me wrong, is great. But it can get to be a little too much sometimes.

And that got me thinking -- we need more '90s shows rebooted for this generation of kids. Here are 5 in particular that should get a second chance and why:

The best adventure cartoon to grace the '90s, "Hey Arnold!" followed a 4th grader and his classmates and the crazy and spectacular adventures they went on, from their encounter with Monkey Man to the time they cleared out a vacant lot for a place to hang out. A "Hey Arnold!" reboot will help foster imagination and adventure back into the current kid generation.

"The Secret World of Alex Mack"

For those who were not blessed with seeing this show, it’s about a student, Alex, who gets doused with experimental chemicals and finds that it has given her special powers, like morphing into this silver goo and glowing when she gets nervous. With the rise of comic book remakes today, "The Secret World of Alex Mack" would fit right in!

This cartoon is about Doug Funnie, who moves to a new town and how he adapts to his new environment, making friends, enemies, and meetings girls, as told through Doug’s journal entries and his fantasies of being superhero. A reboot will bring back the innocence of being a teen and a refreshing, wholesome perspective missing from television shows today.

A kid version of SNL (which, incidentally, Kenan Thompson also starred in), this show brings the humor and intelligence to sketch comedy that can educate and foster learning about current events and issues through comedy to the current generation.

"Are You Afraid of the Dark?"

All the horror of a Goosebumps story mixed with the aura of a scary campfire, a reboot of this would follow the trend of "American Horror Story" but, you know, kid-friendly. Even now, the theme song still freaks me out.

What '90s show would YOU like to see rebooted?