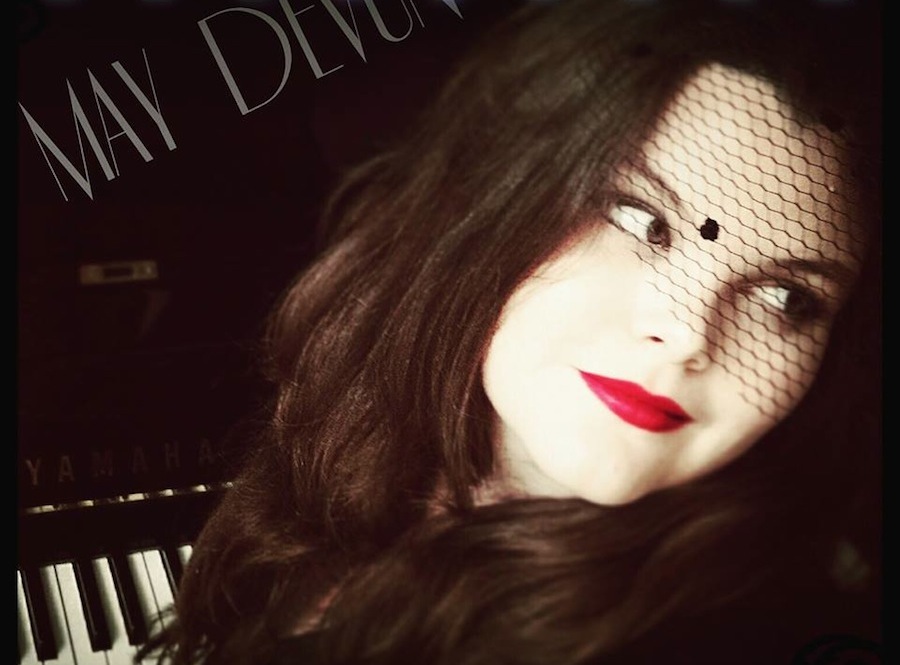 Los Angeles's own May Devun started out her music career as a composer and progressive metal guitarist, but then she changed paths completely and went towards the R&B route. To music listeners, the jump seems like sort of a radical one, but to May, the transition felt seamless and richer, having been shaped from multiple angles.

She brought this richness to her most recent album, entitled Penumbra Lounge. The music on the album varies in tempo but holds a feeling a tranquility, sometimes somberness all the way through, which is echoed throughout with her melodic, sometimes haunting vocals.

The lyrics touch on heartache -- or at the least our self-reflective moments -- and her music was clearly created from the soul.

“We Walk Alone” utilizes piano and a slightly jazzy alternative vibe to drive its point home. (It might remind you a little of Fiona Apple’s similar genre blend of alternative, pop, jazz.) “Only Fool Here” picks up the pace a little, while “Encore” takes it down in tempo, tone, and mood. She has really exploratory vocals that go to completely unexpected places without sounding out of place.

The album is available now, and if you’re in L.A., she can be found playing around town. You can also find her on Facebook and keep up with her on her Official Website.

P.S. A penumbra, by the way, is the partially shaded outer region of a shadow that’s cast by something opaque. It’s often used when referring to the shadow the Earth's Moon casts during an eclipse.