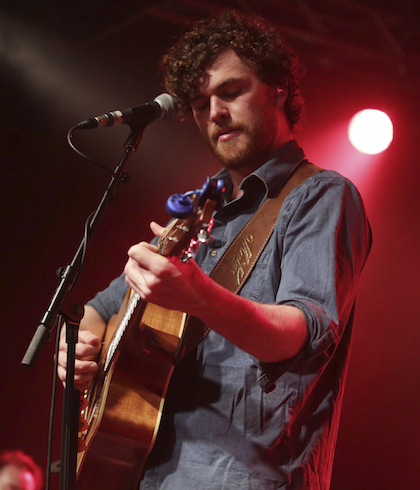 Vance Joy just landed himself a pretty sweet gig. It was recently announced that Taylor Swift would be not only be starting her world tour but that Vance Joy would be opening for her in the North American leg of the tour.

But wait, who is Vance Joy?

Born James Keogh, he is an Australian singer/songwriter whose song, “Riptide”, might be familiar to your ears. Here it is, in case you can’t think of the beat:

Vance grew up playing guitar, but music hasn’t always been his main focus. In 2008, he played for Coburg Football Club in the VFL and even won Best First Year Player. He also graduated from Monash University in Australia, but soon after, he discovered his love for music and started down that path. In 2013, he released his debut single, “From Afar”.

In Sepetmber of this year, he released his debut album, Dream Your Life Away. Check out one of his singles from the album, "First Time":

He is truly a man of many talents, and I wouldn’t be surprised if we see a lot more of Mr. Joy in the future!

For more info on Vance Joy and his tour with T-Swizzle, check out his website!