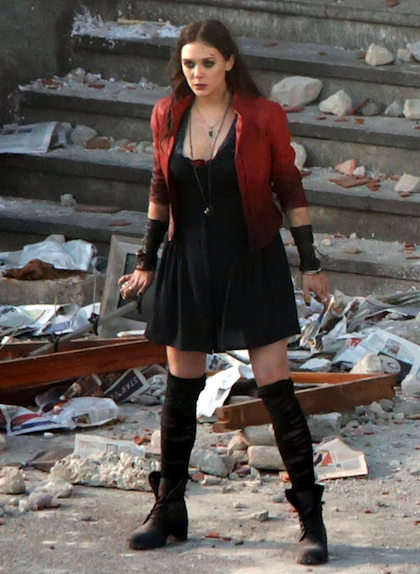 It's hard to believe, but 2015 is almost upon us! And knowing what lies ahead in theaters next year makes the countdown all the more exciting! Moviegoers should be marking their 2015 calendars with dates of the some of the most anticipated releases coming within the next year, and there is no shortage of them.

As long as none of these films get pushed back, 2015 will have loads of huge films hitting theatres, such as the last installment of the Hunger Games series (Mockingjay Part II), the next chapter of the Divergent series (Insurgent), the second Avengers film (Age of Ultron), the first of 3 new Star Wars films in a decade (The Force Awakens), more of our blue friends in Avatar 2, a new James Bond flick, the much-awaited (and bittersweet) Furious 7, and those menancing dinosaurs return in Jurassic World. Ant-Man will finally hit the big screen for Marvel, as well as the Fantastic Four reboot, and Terminator: Genisys continues the long and storied franchise while we get a gritty fairytale origin story in Pan. I mean, come on. If that isn’t a rollercoaster list of films then I don’t know what is. These soon-to-be blockbusters, plus the 17 others to release next year, have fanbases around the world eagerly waiting. And these are just the established franchises...

Elite filmmakers have also decided to bring their A-game to the table, including Ang Lee with Crouching Dragon Hidden Tiger II: The Green Destiny, Guy Ritchie returning with The Man from U.N.C.L.E., Paul McGuigan with the classical tale of Frankenstein, and Ron Howard with Heart of the Sea. The Wachowskis are poised to blow our minds again with Jupiter Ascending, and we're all tingling in anticipation for the Fifty Shades of Grey movie. So, even if you aren’t the blockbuster type, there are still many films that you should be marking you calendar to go see.

Also on the docket: reboots of Mad Max, Point Break, and Poltergeist; sequels including Paranormal Activity: The Ghost Dimension, Taken 3, Pitch Perfect 2, Ted 2, and Magic Mike XXL; and a big screen live-action adaptation of Jem and the Holograms.

A year like this is truly one to thank your lucky stars for if you’re a movie fan. It’s like getting a Hollywood all-star game; a dream team. Once 2015 hits, hopefully you will have prepared yourself for the amount of movie greatness that you are about to take in because it will keep you in a state of happiness!