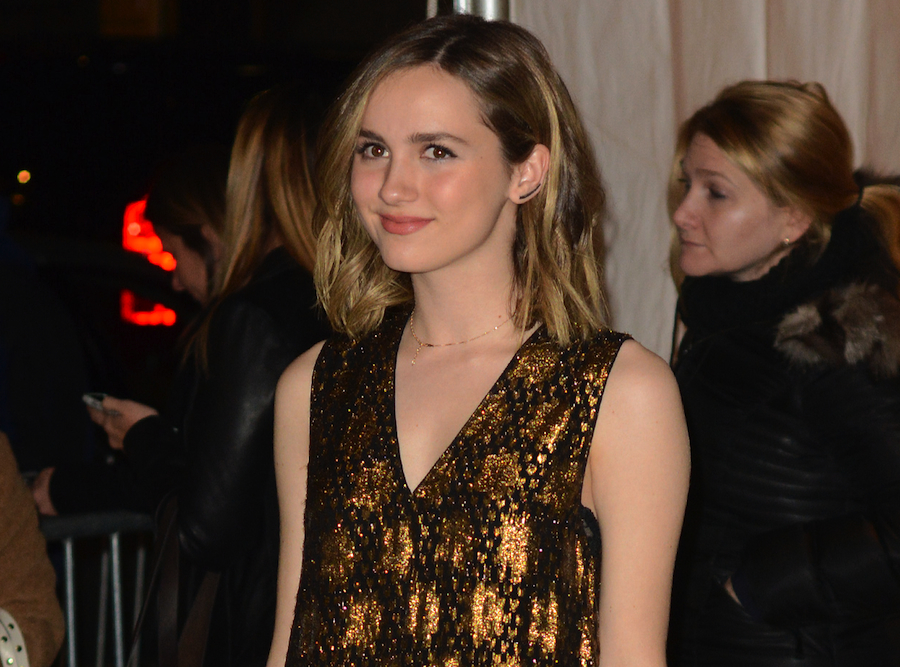 Most of us know Maude Apatow as the daughter of famous comedic writer/producer/director Judd Apatow and his wife, actress Leslie Mann, and some others might know her as that teenager from that episode of "Girls", but Maude is quickly making a name for herself on social media and in the entertainment industry.

At only 19 years old, Maude already has a small but impressive acting resume that is quickly growing. Not to mention she has gathered a large social media following due to her funny Twitter account and her cool Instagram profile. She has 199K Twitter followers and 92K Instagram followers and counting. Aside from being genuinely talented, people just plain like her as a person.

Her acting career began by acquiring small roles in her famous father’s movies such as This is 40 and Knocked Up, followed by a role in Lena Dunham’s HBO series, "Girls" (also produced by her father).

Most recently, she starred as the daughter of Molly Shannon in the indie flick Other People, written by one of "Saturday Night Live"’s head writers, Chris Kelly, but don’t be fooled, this is not a laugh-out-loud comedy. The movie is loosely based on Kelly’s own experience of losing his mother to cancer, and is a serious tearjerker. Maude gives an emotional and mature performance in the movie, further proving herself as an actress and artist in her own right.

It was recently announced that Maude will appear in the upcoming film titled Assassination Nation. Also attached to star are Odessa Young, Bella Thorne, Joel McHale, Hari Nef, and many other impressive names. The thriller follows four teenage girls who garner worldwide fame after their online accounts are hacked and their personal information is released. Maude recently posted a picture of her hanging out with Bella Thorne in a possible behind-the-scenes photo.

This is only the beginning for Maude. Currently, she is a student at Northwestern University. So, for now, she’s juggling school and a burgeoning acting career, but we expect to see big things from her in the future as her IMDB page continually grows!

In the meantime, check out when we caught up with Maude (and her famous dad) at the 10th anniversary bash for Teen Vogue's Young Hollywood Edition!