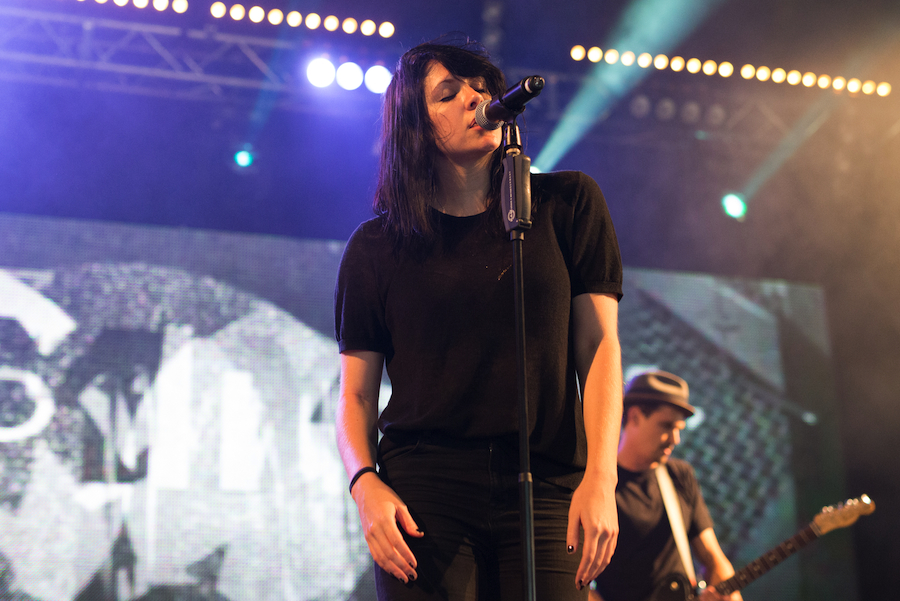 If you're a fan of rap, or of Missy Elliott and M.I.A., then chances are you're going to be a fan of small town girl from Illinois-turned-Hollywood's Next Big Thing, Kristine Flaherty, better better by her stage name K.Flay.

On the off chance you haven't heard of her yet, check out her debut album Life as a Dog, which helped gain her popularity in 2014 after it was successfully crowdfunded. This album features songs that are more indicative of the alternative and indie music genre but her vocals are amazing. She has this deep, mellow sound to her voice against the backdrop of more upbeat music. OMG it's great.

You can check out more of her vocals in her collaboration with Louis the Child, "It's Strange", a single that none other than Taylor Swift gushed over and was featured on the FIFA 16 soundtrack.

Most recently, she signed with Interscope Records, where she released her 4th EP, Crush Me, and her new album Every Where Is Some Where earlier this month. The album features songs about recognizing that there is a narrative to everything that happens in life. For instance, there is a reason for why there's global warming, why Trump became President, and why the internet is expanding. Through singing these songs, she wants to tell people that there is so much change one person can invoke.