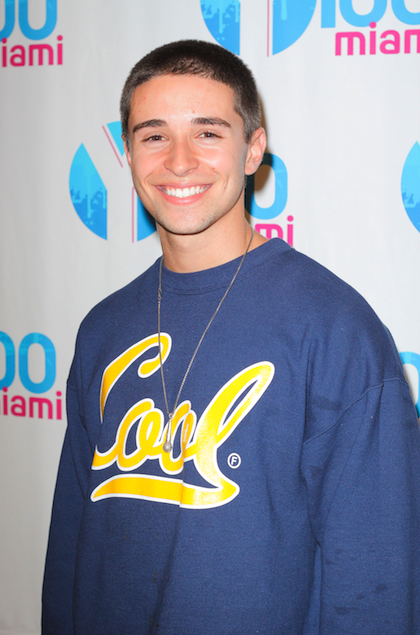 A home-grown talent who has actually been doing big, successful things in the music industry independently?? FINALLY!

In a climate currently obsessed with all things foreign and from abroad, Jake Miller is an all-American hip-hop/pop artist who, with his impressive legion of fans and equally as impressive good looks, is ready to make a splash in the same pool that was so previously dominated by the likes of Justin Bieber and Austin Mahone.

Born in the Washington, D.C. area but having been raised in Florida for the majority of his life, the up-and-coming rapper is notable for his young age. At 20, Miller, who also happens to be enrolled at the University of Miami as an undergrad, first garnered attention as a legitimate musician through (what else) YouTube and the many covers, remixes, and original songs he would post for his subscribers.

The song that really put him on the map was “A Million Lives”, a sensitive jam about how, through his music, Miller has had the chance to touch, meet, and help out other people. Very different than the shallow stuff that tends to pollute the Top 40 airwaves...

Eventually, all the attention he received from his songs and videos led him to the opportunity to open for Snoop Dogg and a recording contract with E1 Music. How many people get to say they got to do that before they even turned 20?!?!

Just recently, and with a sold-out tour and hit EP under his belt, Miller released his debut studio album, entitled Us Against Them. Key tracks include “Me and You”, “High Life”, and “Collide”...

Keep an eye out for Mr. Miller (and follow him on Twitter), because surely this is only the beginning for such a promising and young rap extraordinaire!