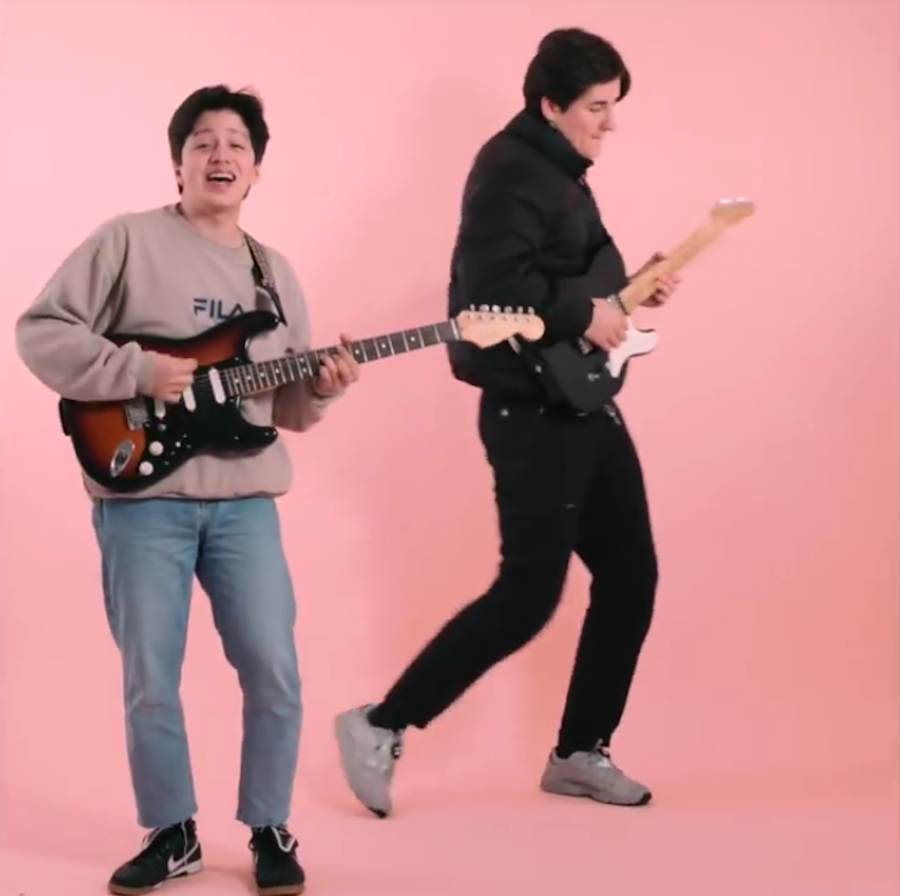 You might have seen the video for “Everytime” by boy pablo in your Recommended tab on YouTube. I sure kept seeing it, and ignoring it, until finally, one day, I gave in and pressed play. Well, boy (pablo) am I glad I did. The music video for “Everytime” is cute and funny and not trying too hard at all. The song is light, fun, indie-rock goodness. It’s no wonder that these five high school friends are making their way towards becoming the next big indie sensation. Come for the quirky videos and stay for the refreshing music from this exciting new band!

Boy pablo is named after the 19-year-old lead singer, Nicholas Pablo Muñoz, who goes by Pablo. His parents are from Chile, but he was born in Bergen, Norway, where “Everytime” was filmed. He went to a music school in high school, where he met his friends and bandmates, Gabriel, Henrik, Eric, and Sigmund. Together, these five aspiring musicians assembled an EP, Roy Pablo, in 2017. The EP has a DIY feel and sound, because the band did, in fact, do it themselves. In 2017, their self-made music video for “Everytime” went viral, amassing millions of views and birthing lots of new fans.

If you still need convincing, check out their other music videos. “Sick Feeling” has the same endearing self-made quality of “Everytime”... minus the running shorts. People have compared boy pablo to Mac Demarco, and in “Sick Feeling” you might catch the similarities. However, don’t get stuck comparing boy pablo to other people, because this group has their own unique way of writing and composing songs, with influences from across the map.

The music video for “Losing You” offers a bit more professional vibe, i.e., a real set! But it’s still the fun-loving and playful type of video you might now expect from this naturally charming and effortlessly charismatic group of pals. The dreamy, melodic song might make you forget that the lyrics are actually not so dreamy. In “Losing You”, boy pablo make a song about losing someone sound surprisingly fun and bright.

Thanks to the success of "Everytime", boy pablo went on tour. You can currently catch them on the North American leg of their tour, and then in Europe in the Fall. Don’t sleep on this dreamy band from Norway, because their time in the spotlight has only just begun!