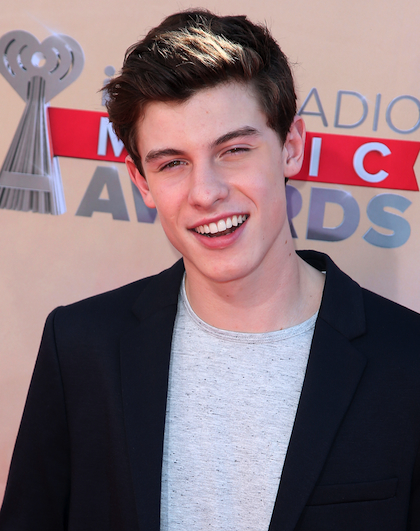 Congrats are in order for Shawn Mendes -- as of this writing, his debut album, Handwritten, has hit #1 on the Billboard Hot 200, making him the youngest artist to achieve this since Justin Bieber in 2010! And his road to stardom only took 6 seconds to achieve. Well, sort of...

With social media networks and mediums today, unknown artists are able to share their talents with the world. Artists have been discovered through YouTube and  even Vine!

Likewise, Shawn Mendes started out with 6-second snippets of cover songs on Vine.

6 seconds was all it took for Shawn to be discovered in January 2014, and he released his first single just 5 months later, “Life of the Party”:

This rising star has put his name and talent next to stars like Austin Mahone, The Vamps, and, who knows, maybe even fellow Canada native, Justin Bieber! Last year, he went on tour with The Vamps, and we chatted with him about life on tour:

But the things are only starting to pick up for Mr. Mendes. Later this year, he will be joining Taylor Swift on her stadium tour where he will be performing to the biggest crowds yet. Check out how stoked he is for this tour!

Only big things to come from this singer-songwriter!

For anything and everything Shawn Mendes, check out his website!

Don’t forget to grab your copy of his album, Handwritten!