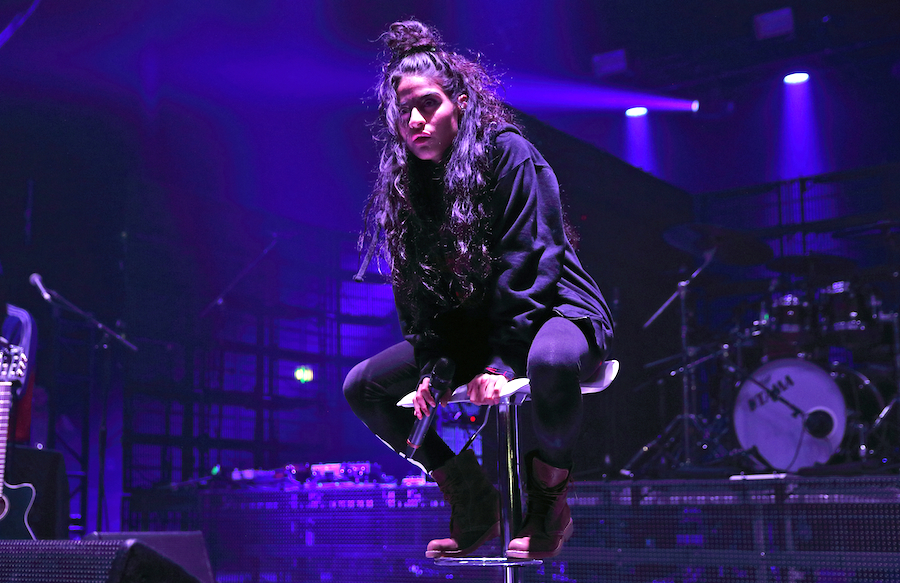 Jessie Reyez is a singer and songwriter whose musical style is an infusion of pop, R&B and hip-hop. She released her debut EP, Kiddo, in April 2017 and hasn't looked back. 2017 saw her perform at the 2017 BET Awards and on "The Tonight Show Starring Jimmy Fallon". She kicked off 2018 with 4 Juno nominations (Canada's version of the Grammys) and there is no stop in sight for her career.

Here are a few facts you should know about Jessie Reyez!

1. She Hails From Toronto

Born to Colombian parents, Jessie was born and raised in Toronto, Canada. Although she grew up in the Great North, it doesn't mean she has lost touch with her roots. Jessie pays tribute to her Colombian relatives in the music video "Great One" where she visits her family's homeland to remember her uncle and a childhood friend who were killed in the streets of Colombia. “This video has my everything in it,” she shares on Instagram. “It has my roots. It speaks of family. It speaks of life and death. It speaks of God.”

She may have been born Jessica, but she likes to be called "Yessie". This is how her family refers to her.

3. She Knows How to Hustle

Before her music career took off, Jessie took on a few side jobs to pay the bills. This included her gig as a cheerleader for the Toronto Argonauts football team. But ever the rebel, Jessie refused to follow the squad uniform of shorts and a half-top. Instead, she settled for basketball shorts. She also opted out of college and found work in Florida bartending and busking on the beach. She returned to Toronto in 2014 after being accepted to The Remix Project’s Academy of Recording Arts. Her biggest hustle? She use to wander the streets of Toronto to hand out her mixtape to DJs while they were performing live sets. She was able to get her mixtape in the hands of famed DJ/producer Calvin Harris. Years later, Jessie found herself working with Harris on his 2017 release "Hard to Love".

4. Her Teacher Encouraged Her to Pursue Music

Jessie picked up a guitar as a child after watching her dad string together tunes in the family living room, but it was a 7th grade teacher who really pushed her to pursue music. Long before she started songwriting, she was writing poetry. Her 7th grade teacher came across one of her notebooks during class. Each page was filled with poetry and lyrics. The teacher was so impressed, she reached out to Jessie's parents to let them know their daughter had budding talent.

5. She Likens Herself to Quentin Tarantino

Jessie lists Amy Winehouse and Bob Marley as some of her musical influences, but her biggest inspiration is Quentin Tarantino. She shares, "I love the juxtapositions that he plays with when it comes to these gory, gory scenes with some crazy classical music behind it, or when it’s the complete opposite. Or just colors, themes, and storylines—everything about it. It’s so romantic and at the same time so violent. I try to inspire visuals even though I’m only an instrument of sound...I like being able to inspire, to be able to give whoever is listening something in their mind so that they start seeing visuals."