An Intro To The Beatles: A Playlist 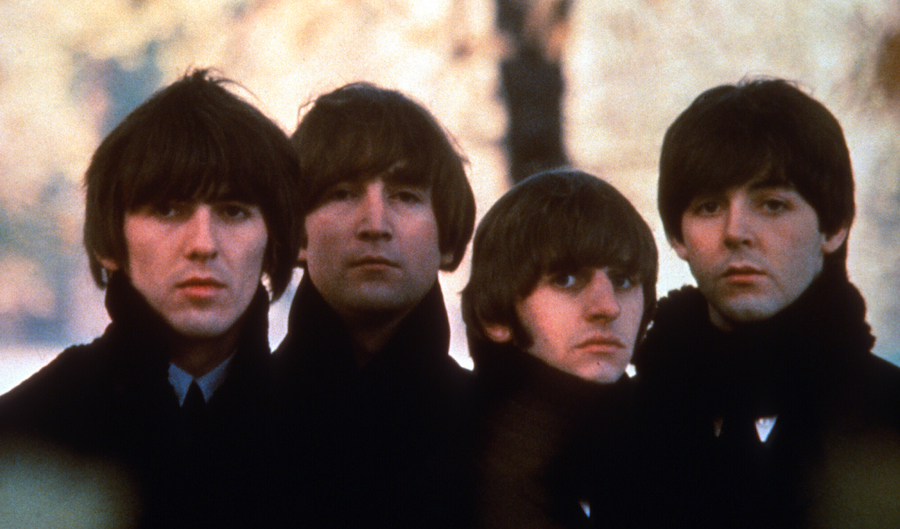 Even though it has been decades since the Fab Four were all together, they are still (in their words) “bigger than Jesus”. Back in December, the Beatles catalogue was finally released on streaming services such as Spotify, Tidal, and Apple Music, and once again, they are dominating the charts. On Spotify alone, the Beatles average 6.5 million listeners per month. In addition, the average amount of time that listeners have spent playing the Beatles adds up to roughly 2,793 years. Those are some impressive numbers for a band that hasn't played together since 1970.

In honor of this accomplishment (and as a Beatles fan), I decided to make a list of the must-listen to Beatles songs for any novices looking to build their own Beatles playlist!

Consider this the song that kicked off “Beatlemania”. In 1964, the band first played “I Want to Hold Your Hand” on Ed Sullivan's talk show and made their U.S. debut. Shortly after that, everyone from both sides of the Pond became obsessed with the Beatles -- it was the start of their hordes of screaming fans.

What may easily be the most depressing Beatles song, “Eleanor Rigby” proves that John Lennon and Paul McCartney were more than just  pop singers -- they were masterful storytellers. The tragic tale of Ms. Rigby is loaded with beautiful imagery (“Waits by the window/wearing a face that she keeps in a jar by the door/who is it for?”) and is the most poignant song to tackle the theme of loneliness. Really, where do they all come from? (And kudos to George Martin, RIP, their producer and the “fifth” Beatle for his work on this track).

This simple pop melody isn’t one of the most sophisticated Beatles songs, but that doesn’t make it any less charming. I dare you to listen to this song and not sing along. It’s rumored that Ringo Starr came up with the title while others say McCartney overheard it when a driver took him to Lennon’s house. Either way, I will always love this song -- eight days a week.

McCartney actually wrote “I’m Down” and “Yesterday” the same day he recorded this little ditty, which is quite remarkable (considering how dark “Yesterday” gets). “I’ve Just Seen a Face” almost feels like a playful country romp; it wouldn’t seem out of place if Bob Dylan had recorded this one.

Contrary to his own beliefs, this song was not written for or aboutCharles Manson. However, “Helter Skelter” is one of the inspirations for heavy metal. So if you’re a metalhead, you can thank the Beatles for helping out with this song. (Keep in mind this is also written by McCartney, who also wrote the previous song you just listened to. Talk about diverse!)

For a long time, this was considered the “cool” Beatles song -- it was never released as a single, so it’s what we would call a “catchy deep cut.” Since then, the song has actually inspired many indie rock groups including Spoon. Once again, the Beatles inspired new genres of music.

While everyone knows that the Beatles covered The Isley Brothers’ “Twist and Shout”, few know that they also covered country songs. Ringo (my favorite Beatle -- he’s so underrated) took the lead vocals on “Act Naturally”, a cover of aBuck Owens song. Interestingly, Ringo actually pulls off country quite well. It’s a shame he hasn’t done more country. Now that you’re done answering fan letters, Ringo, may I suggest you record more country songs?

8. “While My Guitar Gently Weeps”

What may beGeorge Harrison’s darkest and most beautiful contribution to Beatles canon, “While My Guitar Gently Weeps” is certainly a haunting number. Eric Clapton’s guitar solo adds to the power of the song, as well as the gentle piano. You can feel the roots of early-'70s rock through Clapton’s solo.

This may be the Beatles at their psychedelic finest. The individual pieces of “I Am the Walrus” don’t really make much sense (and the lyrics are certainly free association), but for some reason, when you put it all together, it just works. Kudos to all the obscure literary references.

This one gets you right in the feels. Seriously, haven’t we all yearned for yesterday? McCartney once again proves his writing prowess with “Yesterday” as he mourns for a long lost love. The lyrics are simple, but that’s why they work.

This may be my favorite Beatles song (and that’s not just because I’m a writer). The three-part harmony and the upbeat tempo make it impossible to not like. Plus, it’s a song about writers, so yes, that is a big reason as to why I like it!

What are your must-listen-to Beatles songs?