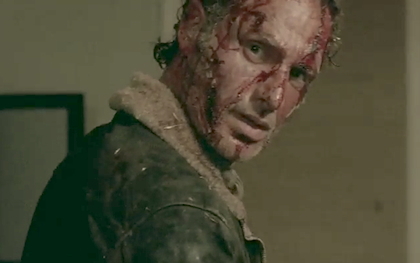 Some of everybody’s favorite parts of Comic-Con are the exclusive trailers for movies like X-Men: Apocalypse, Deadpool, and Suicide Squad that become open to the public thanks to modern phone technology. AMC made sure to not leave fans who couldn’t make it out to Comic-Con in the cold by giving us glimpses into everybody’s favorite show about cold, re-animated corpses. I am, of course, speaking of “The Walking Dead”. But it didn’t end just there -- we were also treated to the first trailer for some slightly less cold, re-animated corpses with the new spin-off/prequel to “The Walking Dead” entitled “Fear The Walking Dead”!

I won’t lie… I am very excited about seeing this show! Even though it takes place in the same universe as “The Walking Dead”, it looks almost completely different in great ways. Creator Robert Kirkman is trading the sparse and rural background of “The Walking Dead” for a more intense and frightening urban one. As a resident of Los Angeles, I can tell you that we all live on top of each other here, so if a zombie outbreak did occur, it would be complete anarchy. Not to mention everybody would be angry and going through withdrawal without our constant consumption of coffee, medical marijuana, and In-N-Out Burger.

Some other cool and interesting things that will occur on this show that we won’t see on “The Walking Dead” is the fact that this show will take place during a time in the outbreak when the Internet is still available. The spread of viral videos will be interesting to see and how the characters react to it/post it on their Twitter feeds. Also something I always wish I could see in “The Walking Dead” is a cameo by somebody famous playing themselves as a zombie and then getting killed. Seeing somebody #starstruck but then having to #kill him or her would be pretty fun to see. If they do this, my money is on “Talking Dead” host Chris Hardwick being that celebrity.

It looks like business as usual on “The Walking Dead” but with a completely different spin to it… so it’s all new business, in that it looks like Rick has now gone full Walter White and even his loyal sidekick Daryl is contemplating bringing his buddy down. The Devolution of Rick Grimes has been fascinating to watch over the years, and it looks like it will be finally coming to a climactic head!

It’s tough to say which one I’m more excited for, but either way, AMC has totally brought their zombie A-game!