Amanda Bynes Is Happy, Healthy, & Ready For Her Comeback, & So Are We! 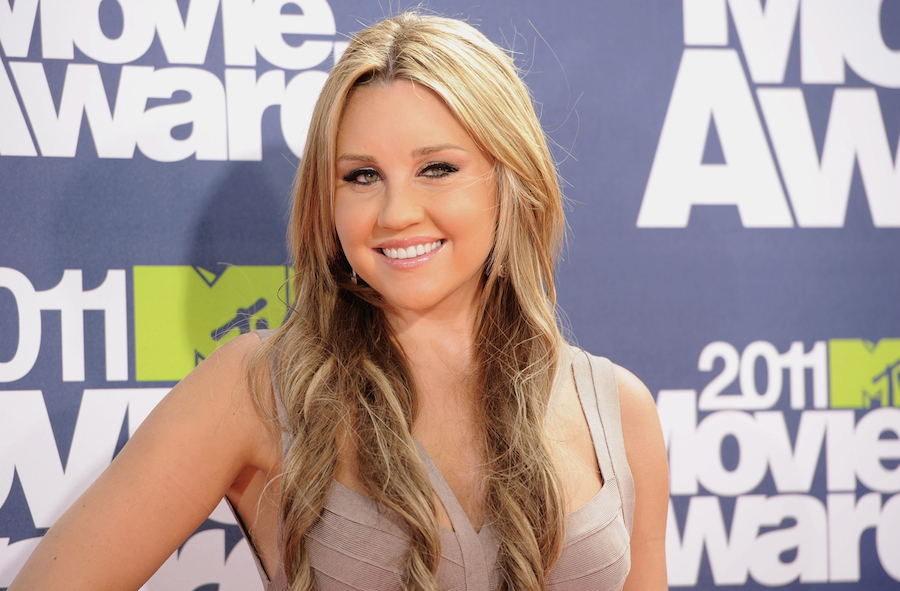 People will remember Amanda Bynes for many things; maybe it’s the super fun TV shows she was apart of, like “All That”, “The Amanda Show”, or “What I Like About You”. Maybe it’s for her funny films like Agent Cody Banks, She’s The Man, orBig Fat Liar, to name just a few. Or, maybe it’s not her great roles you remember her for. Maybe you remember her for her Twitter rants or her mugshot. Well, whatever you remember Amanda for, you probably have fond memories of watching her either at home or on the big screen. You may watch those shows or movies now and say to yourself, “What ever happened to Amanda Bynes?” or “I want the OLD Amanda back.” Well, we definitely aren’t getting the OLD Amanda back, but we ARE getting Amanda back. She’s looks and feels brand new in her recent cover issue of Paper Magazine.

As many will recall, the starlet retired from acting -- via Twitter -- in 2010. From there, her life began a downwards spiral, where many friends, family, and fans were worried for her health. She described her life as one in which she "was just stuck at home, getting high, watching TV, and tweeting."

Well, in the new feature, you can definitely tell she is happy and healthy now. Let’s take a look at some of the major updates from Amanda’s life...

For starters, she’s in school! Back in 2014, she enrolled at the Fashion Institute of Design and Merchandising (FIDM) to learn more about the world of fashion. This month, she will receive her Associate's of Art degree in Merchandise Product Development, and in January, she will continue working towards her Bachelor’s Degree. One day, she might even want to design a full line. But not before she gets back into acting!

Yeah, you heard that right. Amanda wants to come back to acting! In the interview, she says she wants to come back the way she started, “with excitement and hope for the best." Also, she wants to expand her horizons in the world of acting and truly “try it all”, so as not to limit herself by only going for certain types of roles or productions. YAYYYY!

To top it all off, Amanda has been sober for 4 years now, and she feels better than ever before! And she has some sage advice for anyone struggling to get clean: "My advice to anyone who is struggling with substance abuse would be to be really careful because drugs can really take a hold of your life," she says.

At 32, Amanda looks towards the future with her head held high. “I have no fear of the future. I've been through the worst and came out the other end and survived it so I just feel like it's only up from here." Wow. You can really tell how far she’s come in the last few years, and it is so inspiring to see her come back so much stronger after facing some major hardships. We love you, Amanda! We can’t wait to see where the future takes you, and we will be rooting for you every step of the way!