All The Juicy New Tidbits We Learned From The Latest "Gossip Girl" Reboot Trailer! 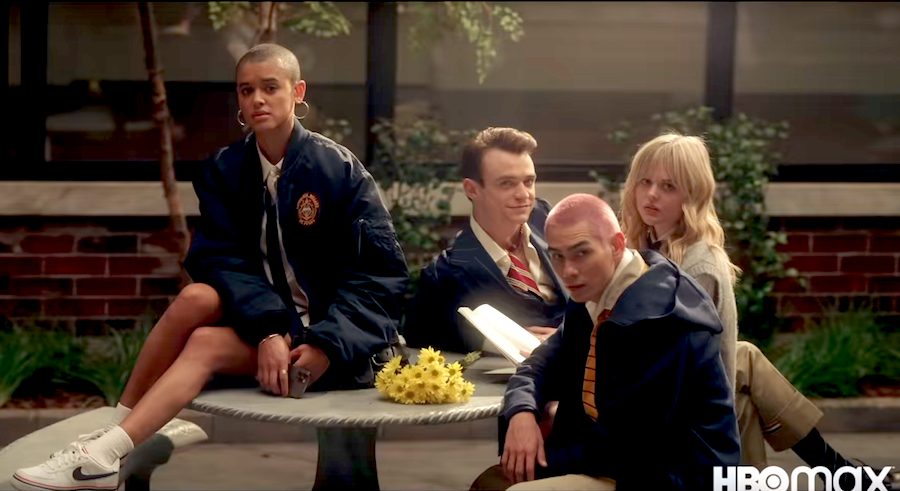 Hello, Upper East Siders, it’s Gossip Girl here, your one and only source into the scandalous trailer for the new "Gossip Girl"!

The highly-anticipated reboot of the much-loved original show dropped its first full length trailer, and there’s lots to get excited about when the season lands on HBO Max July 8! Set in our current times, the characters reflect a new generation of scheming high schoolers with their own secrets and ambitions, and Gossip Girl now functions as an Instagram account!

The trailer opens with some familiar locations -- the Met steps and Constance Billard, the school the characters attend -- and introduces us to the main players who’ve “known each other since we were babies.” Shots of Grammys and expansive walk-in closets set the opulent tone we’ve come to know and love from the series. We also get a glimpse of the romantic trysts between friends, a custom established in the original that saw pretty much every combination of the Non Judging Breakfast Club (that’s Blair, Serena, Nate, and Chuck) getting together, plus Dan. As new character (and influencer) Julien Calloway (Jordan Alexander) notes, “We own this school.”

As the needle drops on Frank Ocean's “Super Rich Kids”, the group notices a newcomer, Zoya (Whitney Peak), and invites her to hang with them. Ostensibly, she is ushered into their world: fashion shows, clubs, and paparazzi, maybe even romance. And with the advent of a new girl to shake things up in NYC comes the return of Gossip Girl as well. (Kristen Bell is back to voice her!) She declares, “There’s a big secret amongst the ruling class at Constance Billard,” and everyone proceeds to scramble to protect their own secrets and interests in the face of potential exposure.

The trailer ends with Max (Thomas Doherty) telling Audrey (Emily Alyn Lind) that “Something is different…. In the best way.” We couldn’t agree more, and we can’t wait to binge all the episodes next month! In the meantime, we’ll be rewatching the trailer and looking for all the clues. XOXO!