All 6 Seasons of "Community", Ranked! 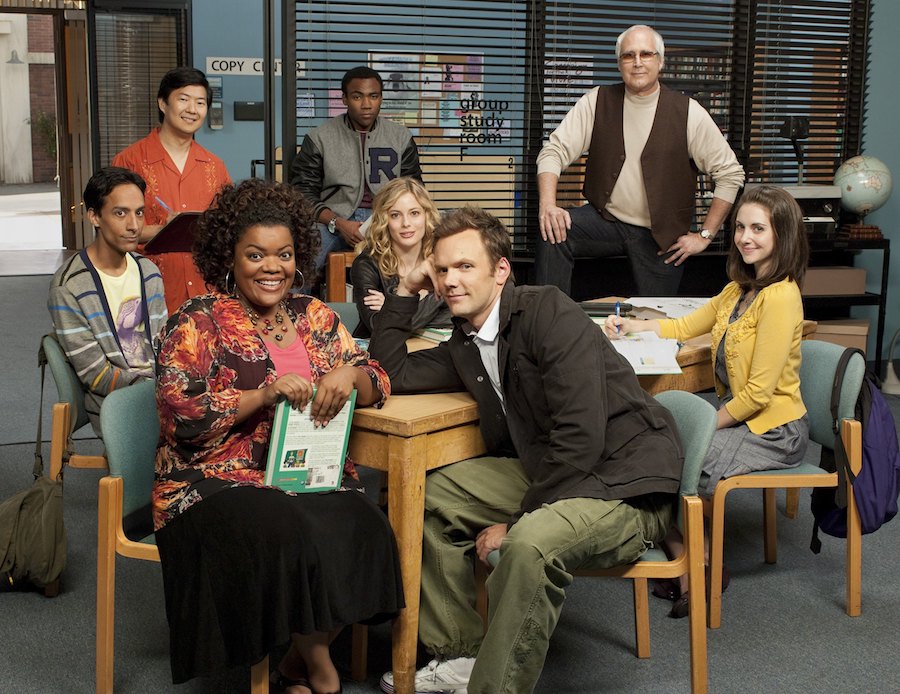 Saving us from complete and total boredom once again, Netflix recently bestowed upon us all 6 seasons of the superbly witty TV sitcom, "Community". If you're thinking of jumping in on a re-watch (or if you are watching for the first time), we’ve lined up all 6 seasons and ranked them from our least favorite to our number one! We’d like to note that we love every season of "Community", but some we love just a little more. The results are in!

We hate to give out last place, but we have to. And we’re giving it to Season 4. If you didn’t already know, the original creator,Dan Harmon (you know, the same guy behind "Rick & Morty"), was fired from the series after Season 3. That was a BIG mistake. HUGE. While Season 4 did have some notable guest stars like Brie Larson and Adam Devine, it really flopped with a lot of its jokes and wit. But what really made this our least favorite season was Episode 9, the weird puppet musical episode. I mean… what exactly were they going for with this one?

Up next in fifth place, we have… Season 5! So, the execs realized they made a big mistake firing Harmon after Season 3. They brought him back for Season 5, but quite frankly the damage was already done. Harmon basically tried to write off Season 4 as a mistake, referring to it as and blaming everything on “the gas-leak year” in the show. Even though this season is near the bottom of our list, there were some hilarious episodes, like the episode “Intro To Teaching” where the group takes a class dedicated to Nicolas Cage. It was truly an honorable return on Harmon’s part.

Next in line, we have Season 6! Admittedly, it is still a weird season. In fact, the show was basically about to end after Season 5 before Yahoo! picked it up at the last minute. And thank god they did. Even though Troy (Donald Glover) and Pierce (Chevy Chase) were no longer part of the show, Harmon still gave us one last season of his brilliant meta-humor as evidenced by the series finale that has the study group imagining what a 7nth season would look like. It’s equal parts heartbreaking and hilarious.

Now into the top three, we have Season 1 taking third place! Season 1 was a perfect introduction to the Greendale study group, without overwhelming us with all the absolute insanity of the next 2 seasons. Everything felt so fresh and new during Season 1, and you felt like you were part of Greendale’s new batch of students trying to wrap your head around the oddities of community college, like the capricious Spanish teacher with questionable credentials and the alcoholic Anthropology instructor. Season 1 introduced you to a new world to explore and gave you the assurance of a bright, shiny future at Greendale!

And that leads us to Seasons 2 and 3, when that bright shiny future morphed into a brilliantly written pandemonium. Honestly, it was a tough call for first place between Seasons 2 and 3, but ultimately we’re going to have to say that Season 2 is our number one. Season 2 really put it all out there with Pierce’s motorized wheelchair that he sported after a trampoline accident, complete with a sip-and-puff attachment that was entirely unnecessary. And the paintball finale? An absolute masterpiece that shall be forever remembered in the hearts of Community fans everywhere!