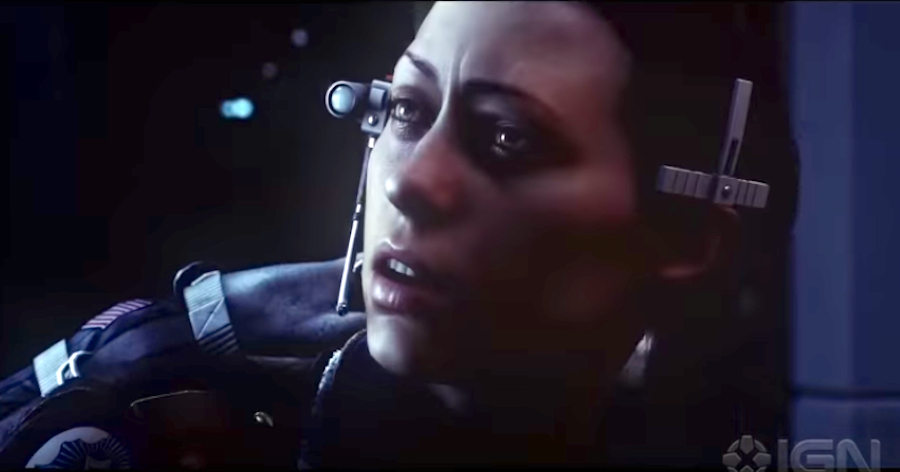 Ellen Ripley was one of the best things about the 1979 horror sci-fi classic Alien. I mean, besides the terror, set design, costumes, and the trauma-inducing alien creature, of course. She survived literally over thousands of years, defeating every Xenomorph the universe threw at her. Played brilliantly by actress Sigourney Weaver, Ripley took those double-mouthed drooling monsters down over the course of four films. She is considered a serious badas, and it would be safe to assume her offspring would be the same. And thanks to 2014’s Alien: Isolation video game, fans finally got a chance to see what the next generation of Ripley is made of when going toe-to-toe with a perfect being.

The story on this one takes place between the events of the original Alien and the 1986 sequel Aliens. At this time, Weaver’s Ripley is still in cryo-sleep drifting in space. Isolation centers on Ripley’s daughter, Amanda, who is searching for answers as to what happened to her mother. Her search, unfortunately, brings her directly in contact with the same terror that caused her mother’s so-called space hiatus. This time, however, things are much worse. While her mother only had an alien to deal with, her daughter will tangle with an army of hostile androids and desperate survivors, all on a massive space station that is continually moving toward complete shutdown status, all while, of course, having to survive being hunted by a Xeno. This wild ride was an awesome throwback for dedicated fans of the franchise as well as a fresh horror experience for survival gamer enthusiasts. Now, to experience the terror of Isolation and enjoy a new chapter in the Alien saga, one just has to watch the new digital series released by IGN.

This series highlights all the best parts of the narrative and helps further establish that the apple does not fall far from the tree in the Ripley family. As someone who played the game thoroughly when it was released, as well as someone who is a huge fan of this franchise, I can say these 7 episodes with a runtime of around 8-10 minutes each are a fun watch and solid way to continue the Alien story. A mobile game called Alien: Blackout and Dark Horse Comic Alien: Resistance series have been released that continue the story of Ripley’s daughter. I’m not implying that they are rebooting Alien to focus on Ellen Ripley, but if they were, I would camp out all week for tickets to that show. Alien Day, which is April 26th (based on the name LV-426, the planet where the alien egg is found in the original film), is right around the corner, and there may be more Alien / Amanda Ripley adventures on the way. I’ll be keeping my fingers crossed, but the Isolation digital series will keep us all busy until we know for sure.

The "Alien: Isolation" digital series is available to stream in its entirety now on YouTube.