"A Series of Unfortunate Events" Netflix Teaser Deemed a Fake... Or Is It? 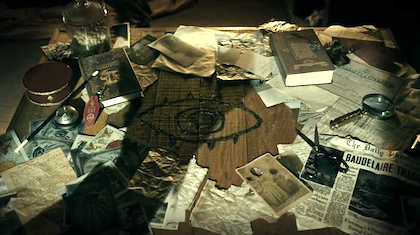 Last week, fans of A Series of Unfortunate Events were beside themselves when a supposed trailer for a Netflix series based on the classic books surfaced on YouTube:

This wonderfully crafted teaser has all the elements that any fan of the series would dream of -- the Easter eggs, the dark style and cinematography, and the musical soundtrack scream A Series of Unfortunate Events! Alas, Netflix reported shortly after the release that the teaser was a “fake”, uploaded by one "Eleanora Poe" (conveniently the name of a character from the books series), and far from official.

Could we be getting fooled? Could this just be another ploy set by Lemony Snicket, himself?

As a huge fan of the books myself growing up (including The Unathorized Autobiography), I know that Lemony Snicket is merely a pen name for Daniel Handler, the author of the series, so it’s not too far off for me to think that this “Eleanora Poe” could be a pen name... or pen uploader, if you will. This also happens to be the ONLY video uploaded to this account. Just as Lemony Snicket taught us in his book series, always question authority and look for the right questions -- this could be the first façade of many that will lead us to the release of the Netflix series. After the flop of the first movie adaptation of the books, Netflix would probably indeed suit it better.

The series consists of thirteen books, which gives Netflix and the series’ producers and writers plenty of material to work it. The movie from 2004 tried to combine the first three films into one movie, which worked and didn’t work for a variety of reasons, but a TV adapation for A Series of Unfortunate Events makes more sense to me.

It makes even more sense to revamp the series and bring it back to life with the trend that has been on the rise in television entertainment. Audiences are looking for new, bold, and even dark stories more and more these days. I, personally, would love to see this series take a simple, eerie, dark approach but not overtly scary and disturbing. Maybe even make some nods to similar mise-en-scene and cinematography from James and the Giant Peach or evenBeetlejuice.

All in all, as a huge fan, I am very excited to see how they will adapt the book series into a Netflix series; Netflix has yet to announce a release date. I may even have to bust out my storage and find my old copies of the books and give them a quick re-read before it comes out!