A Salute to Kobe Bryant: Looking Back on an Incredible Career! 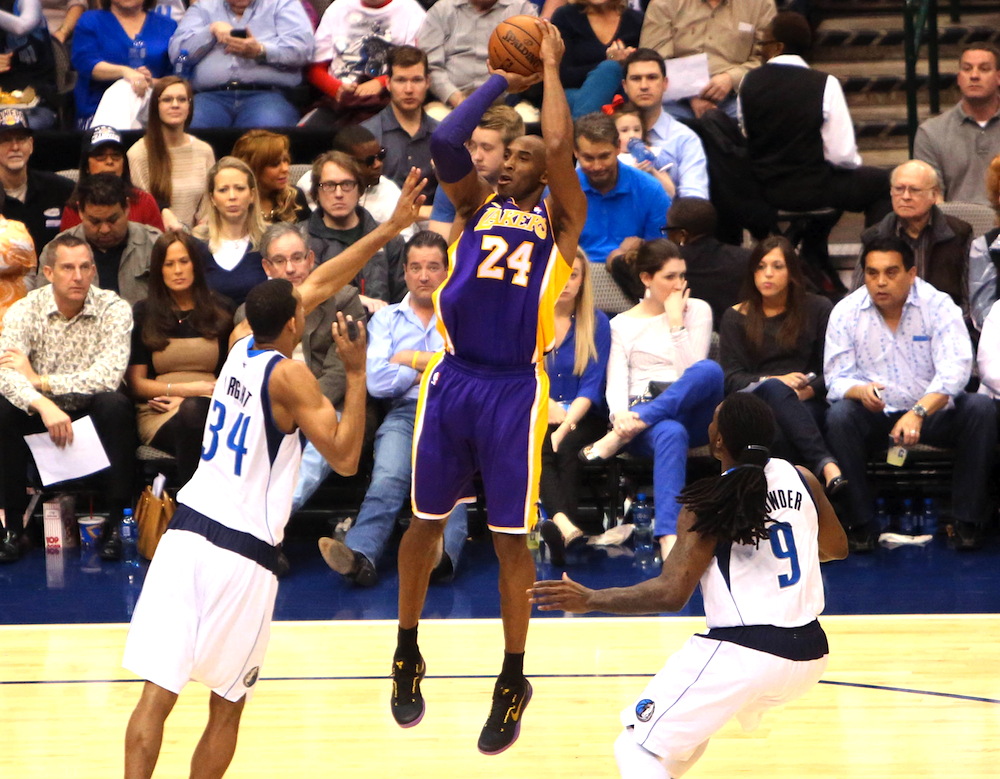 On November 29, in a very passionate and sentimental poem, Kobe Bryant, one of the greatest Lakers to bless the Staples Center hardwood, let the world know that his career in professional basketball would be coming to a close but his love for the game will live on always. As a Laker fan and a basketball lover, I won't even pretend that his poem didn't make me tear up a little. It is truly the end of an era. After 20 years with the Lakers, Bryant’s retirement has everyone reflecting on his time -- his coaches, his peers, and especially the fans like me. Nothing lasts forever, and we knew this day would come eventually, but it still makes us sad.

Bryant’s talent for basketball was seen very early on in his career, earning accolades at his high school breaking records and getting drafted into the NBA right out of high school. He was the 13th overall pick in 1996 by the Charlotte Hornets and was traded to the Lakers. And it was the key moves of Lakers legends like Jerry West setting everything into place so that his team could acquire the young phenom.

At the time, Bryant was the youngest player in the NBA, a record since broken by Jermaine O’Neal and Andrew Bynum. Out of the gate, Bryant put up good stats for a rookie and even won the 1997 Slam Dunk Contest.

Continuing to improve and make more of an impact in the game, Bryant began to emerge as a prominent force on his team in 1998, starting every game and already being compared to great basketball names like Magic Johnson and Michael Jordan!

And the Lakers finally saw the potential they saw in Bryant, winning the Lakers their three-peat -- three consecutive NBA championships in 2000, 2001, and 2002, with the dynamic duo Kobe Bryant and Shaquille O’Neal.

Although the next few years for Bryant and the Lakers were tough, including changes to the coaching staff and the trading of players, Bryant continued and even became a bigger force in the game.

In 2006, Bryant scored a career high of 81 points against the Toronto Raptors, the closest any player has come to even touching Wilt Chamberlain’s record of scoring 100 points in a single game.

Here is every shot Kobe made in that game in two minutes!

In the mid-2000s, the Lakers continued to go through some rough patches with trades and dealing with changes in the coaching staff, and it wasn’t until the 2008-09 season when Bryant and the Lakers got their groove back, beating the Orlando Magic, giving Bryant his fourth championship with the Laker and his first MVP title.

The next season brought more excitement as the Lakers beat long-time rivals the Boston Celtics in seven games, giving Bryant his second MVP championship and fifth NBA championship. This was also coach Phil Jackson’s last season with the Lakers.

The next few years were a dark time for Laker fans, watching Bryant’s injuries, shuffles in the roster, and especially finding the right coach after Jackson’s departure. But Bryant remained a force in the game and impacting the players around him.

Earning all of his nicknames and the prestige that comes with being the Lakers Golden Boy, Kobe Bryant has given his all to the Lakers and their fans, as well as the game of basketball. I grew up watching Kobe lead the Lakers, and he’s one of the reasons why I love the game. From 8 to 24, five rings, a legendary 81-point game, fighting through injury after injury, and changing the way the game is played, Kobe will go down in the history books as one of the greatest players in basketball.

We salute you, Kobe. Thank you for sharing your passion with us. We’re sad to see you go and we thank you for the memories.