A Flurry of Frankenstein Projects Includes a Prequel, A Modern-Day Upgrade, a TV Series, and More! 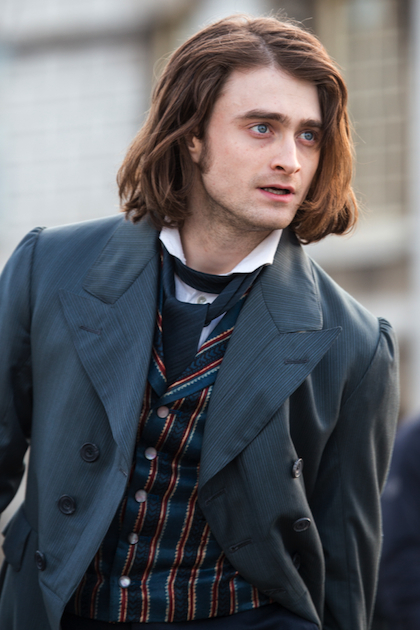 Just when you thought we were done with our obsession with the supernatural after vampires, werewolves, and witches had their day in the sun (so to speak), along comes none other than Frankenstein's Monster to re-emerge right under your noses, and under some circumstances, Doctor Victor Frankenstein is the main culprit. Let’s take a look at some of the projects in development about Frankenstein.

Where to start? Well, if you’re a fan of the hit HBO series “Game of Thrones”, two members of the Stark family are about to appear in separate productions with Frankensteinian implications jammed into them. First, we have Sean Bean (AKA Eddard “Ned” Stark) starring in a show about bringing dead people back to life. Right now, the title of the show is “The Frankenstein Chronicles”, but rumor has it that, since the show has been picked up, it will just be called “Frankenstein”.  This is a great change of pace since Bean is always getting killed in his roles, so it seems fitting that perhaps he will bring people back to life.

Also of “Game of Thrones” fame is Sophie Turner (AKA Sansa Stark) starring in an upcoming film about the life of “Frankenstein” author/ creator named Mary Shelley. The film is called Mary Shelly’s Monster and will follow Turner as Shelley during the time she wrote Frankenstein. Although not directly a Frankenstein film, and as far as I know won’t involve bringing a corpse back to life, it will show the actual origins of the tale, which should be just as interesting to see.

A show about to enter its second season on Showtime is “Penny Dreadful”, which follows many old-school horror stories like Frankenstein. As a subplot, the show involves Doctor Victor Frankenstein and his Creature, which is given the original name of Caliban. Caliban is abandoned by Dr. Frankenstein but tracks him down and demands that Dr. Frankenstein make him a mate. One can assume that Frankenstein… sorry… Caliban will find a mate next season. Two reanimated corpses going at it... this sounds sexy.

Speaking of sexy, there is a romantic Frankenstein film in the works to be helmed by Candyman director Bernard Rose. The film is set in modern day Los Angeles, so let the plastic surgery jokes piles up! The as-yet untitled film will star Australian Twilight actor Xavier Samuel. Word on the street is that Rose said Candyman actor Tony Todd’s name five times in a mirror and recruited him for the film as well.

Last but not least (for now), James McAvoy (X-Men: Days of Future Past) and Daniel Radcliffe (Harry Potter) are going to be starring in a prequel of Frankenstein, so we can get a look into why Victor Frankenstein feels the need to reanimate dead flesh. McAvoy will play a SUPPORTING role as Victor Frankenstein, while Radcliffe will play the lead role of his humpbacked assistant Igor. This sounds like it could be interesting. Never before have we seen a film from Igor's POV. It makes you wonder what may have been going on in Igor’s head as he saw his boss lose his mind as he lusted after the need to resurrect the dead. Plus, anytime one of my bosses mentions graverobbing, I often ask myself twice, “What am I doing? …" But still eventually give in and do it. That’s Hollywood for you.