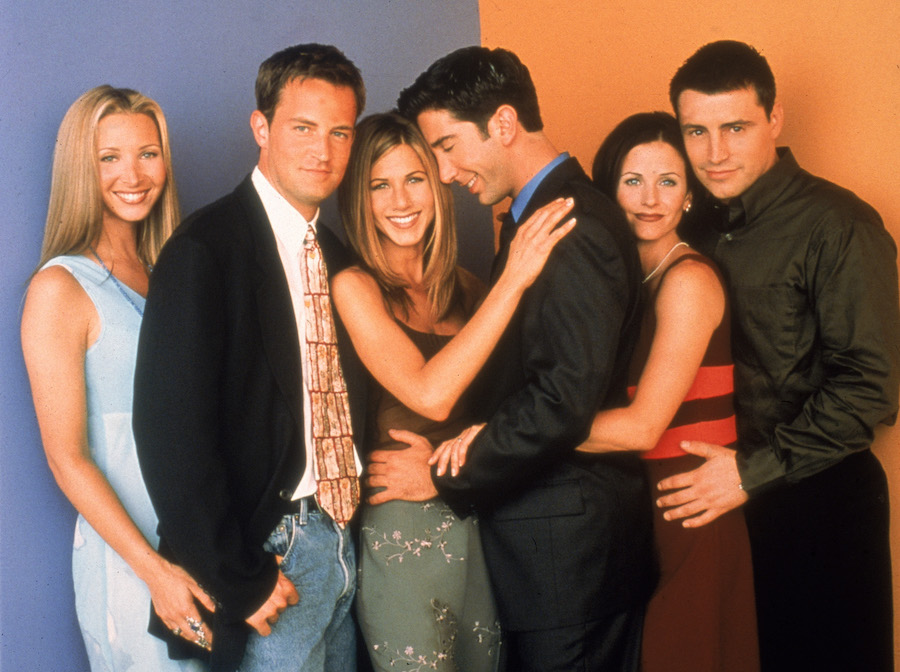 Okay, let’s make a confession that we’ve all rewatched “Friends” at least a couple of times. The '90s TV show is considered a comfort watch, as it never fails to make us feel all warm and cozy, cracking us up every single time.

Most fans will agree that some of the best episodes of the whole show are the holiday-themed ones. Today, let’s focus on the episodes portraying an important holiday -- Thanksgiving.

The Thanksgiving specials have definitely become the soul of the show. Every year, fans are having marathons of the most autumnal episodes while preparing their turkeys and cranberry sauces and decorating their houses with pumpkins and wreaths. If you want to join the party and once again rewatch all the cozy episodes, with the coolest guest stars, hilarious stories, and jokes, then you are in the right place, as we are going to give you a complete guideline to all "Friends"-giving episodes in order. So, light all the candles, grab your pumpkin pie, and enjoy!

In the first ever Thanksgiving episode, all six friends have different plans for the holiday: Rachel (Jennifer Aniston) is supposed to go skiing, Joey (Matt LeBlanc) to go back home, and Ross (David Schwimmer) and Monica (Courteney Cox) to spend the day with their family. However, all their plans go wrong, and the company ends up with no Thanksgiving food and mood. The episode is personally one of my favorites, as we get to understand that the true meaning of any holiday is not the fancy dishes, gatherings, or any other attributes, but rather the possibility to spend the day with our closest people and just be grateful for each other.

Season 2 is the only time we don’t properly see a holiday dinner or story. But the episode is still considered a Thanksgiving one, as Monica is trying out different recipes with an artificial substitute of chocolate for the holiday. Plus, the rain outside certainly gives all the autumnal vibes. "The One With The List" is an important episode for Roschel (Ross+Rachel), who, after confessing their feeling for each other, face yet another obstacle to finally being together.

After watching a football game, the gang decides to play one themselves, which turns out quite eventful: Joey and Chandler (Matthew Perry) fight for the attention of a beautiful Dutch woman, Monica and Ross are being as competitive as ever, Phoebe (Lisa Kudrow) is excited about her first-ever match, while Rachel is bored, as no one lets her play. This episode is considered as one of the best in the whole show, as every single moment and joke is simply on-point.

Chandler tries to apologize to Joey for kissing his girlfriend by spending the whole day locked up in a box. Monica invites her ex-boyfriend Richard’s son to dinner, while Ross and Rachel have a confrontation and argument about presents. Even though the whole day feels like havoc (or, as Rachel says, a Greek tragedy), we still witness a very sweet moment of a true friendship when Chandler would rather lose his girlfriend than his friendship with Joey.

Throwback episodes are always fun, as we get to see some interesting memories of the group. After a delicious dinner, everyone starts remembering their worst Thanksgiving. We find out that Ross, Monica, Chandler, and Rachel spent not one, but two Thanksgivings together back in the '80s. And despite some major plot holes, we still enjoy seeing some of the friends in their early youth. Especially Chandler and Ross in their “cool” outfits.

Okay, this is THE craziest yet funniest episode ever! All the madness starts when Monica’s parents come to dinner without knowing that their daughter now lives with Chandler. Rachel is trying to make a trifle, which turns into a complete disaster, Phoebe has a sudden crush on Monica & Ross’s dad, while the Geller siblings start acting like kids again, spilling all of their old and new secrets to their parents. That was indeed a lot of information to get in 30 minutes!

Among all the eventful episodes, this one seems relatively the most chill one. The friends are trying to name all of the 50 (or, in Joey’s case, 56) states, and Ross refuses to eat dinner before he remembers all of them. Phoebe surprises her roommates by having kept a dog in her room for a few days without them knowing, while Chandler shocks everyone by saying that he doesn’t like dogs and is afraid of them. Also, we get to learn a new term called the  “moo-point” as Rachel tries to comfort her assistant.

One of the many things that "Friends" is famous for is the amazing guest stars. In this episode, we get to meet Brad Pitt himself, playing Ross’s school friend who hated Rachel (ironic, considering the fact that Pitt and Aniston were married at that time). In this episode, we get to time-travel again, but this time through stories and memories and not flashbacks. Apparently, Ross and Will (Pitt) created an “I Hate Rachel” club and spread a terrible rumor about her.

In the penultimate season, we finally get to meet Rachel’s other sister, Amy (guest star Christina Applegate), who is indeed the mean one. She isn’t afraid to give her opinion, even if it hurts others; constantly confuses Ross and Monica, with whom she grew up; and makes a whole fuss about the fact that she won’t get to have Emma (Ross and Rachel’s daughter) in case her parents die. She causes chaos and arguments among all the friends and, to be honest, does it pretty well.

In this episode, we see our lovely characters having one last crazy Thanksgiving dinner. Monica competes with herself, trying to be the perfect host, but all her guests ruin her plans by being late to the dinner. As they argue and offend each other, we witness another sweet moment: Chandler and Monica find out that they’re going to be parents!

The last Thanksgiving episode was perfect for rounding up all the past seasons, giving a reference to their first ever celebration when everyone was mad at each other because of the ruined plans. We get to see that, no matter what, these 6 friends will always find a way back to each other, appreciating their true friendship, which turned into family.