8 Must-Have Songs On Your Pride Playlist! 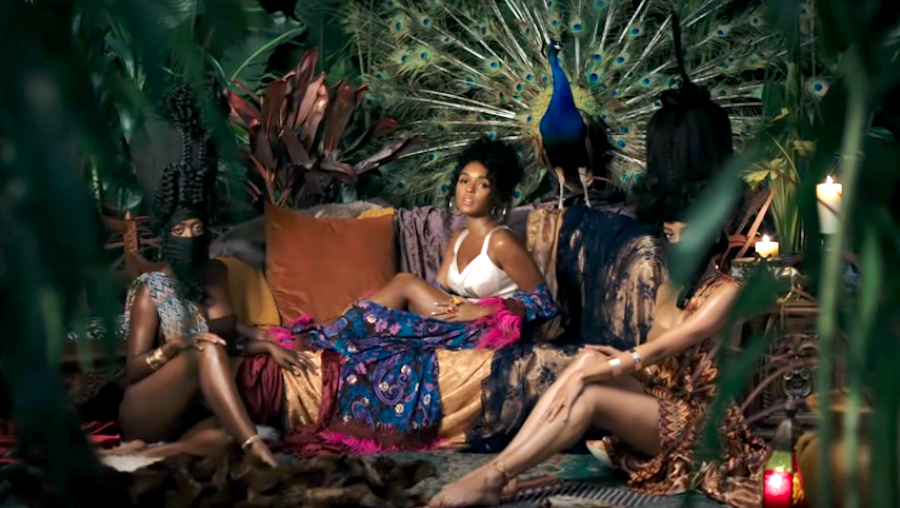 Even though you might not feel like celebrating too much this year, it’s Pride Month! If you’re struggling to get into the mood without the parade this year, you can get your Pride energy back with some amazing LGBTQ+ tunes! Here are some songs to add to your Pride playlist!

"Alanis’ Interlude" is one of my all-time favorite songs! Not only is it sung by two of my favorite LGBTQ+ icons, it is the perfect wlw song! Alanis Morissette andHalsey don’t shy away from their love of other women in this super catchy song.

2. "You Need to Calm Down" by Taylor Swift

Taylor Swift might identify as straight, but that doesn’t stop her from being an ally to the LGBTQ+ community! "You Need to Calm Down" is the perfect Pride anthem this year, and to top it off, Ms Swift made sure to fill her music video with some (okay, a LOT!) of her LGBTQ+ friends, such as Ellen DeGeneres, Todrick Hall, Hayley Kiyoko, Adam Lambert, and more!

3. "I Wanna Be Your Girlfriend" by Girl in Red

This is a slightly older song, but it’s still one of the best songs for Pride that might have slipped right out from under your nose! In "I Wanna Be Your Girlfriend", lead singer Marie Ulvensings about her friend “Hannah” and how she wants to be more than friends with her. It’s the perfect song to get you in the Pride mood!

I only discovered PVRIS recently, but they’ve quickly become a band I can’t stop listening to! Lead singerLynn Gunn has always been open about her sexuality, even if she doesn’t make it the primary focus of her songs. "Death of Me" is a beautiful song about being so in love with someone whether or not they’re good for you, and letting them be the “death of" you. If you’re looking for more LGBTQ+ artists to add to your playlist, PVRIS is a great addition, and this love song released last year is perfect.

"I Like Boys" is the perfect coming out song! It’s all about being proud of who you are. Todrick Hall refuses to hold back in this song, telling his “mama” that he likes boys and listing every single reason why. This song is super fun, super catchy, and will be stuck in your head forever. The video is just as fun as the song, beginning with Todrick’s mom asking him what’s wrong before he comes out singing “I like boys, boys like me.”

Janelle Monáe came out as pansexual a few years ago, and while her song "I Like That" might not directly reference her sexuality, it is the perfect song about being yourself, not being a follower, and not caring what anyone else thinks!

Lady Gaga and Ariana Grande have long been considered LGBTQ+ icons by the world. Gaga has always been upfront about her sexuality, never shying away or trying to hide who she is, while Ariana Grande was declared an LGBTQ+ icon by gays who were obsessed with her music (especially "thank u, next"). "Rain on Me" was released just a few days before the start of Pride Month and is the perfect song to add to your pride playlist.

8. "Gender is Boring" by She/Her/Hers

"Gender is Boring" is the perfect song for transgender and gender non-conforming individuals. This song lists all of the typical gender stereotypes, with singer Emma Grrrlrefusing to conform to any of it. Why do girls have to wear dresses? Why can’t boys? This song questions all of the gender norms we are used to. The unique music style will make this song the perfect addition to your pride playlist.