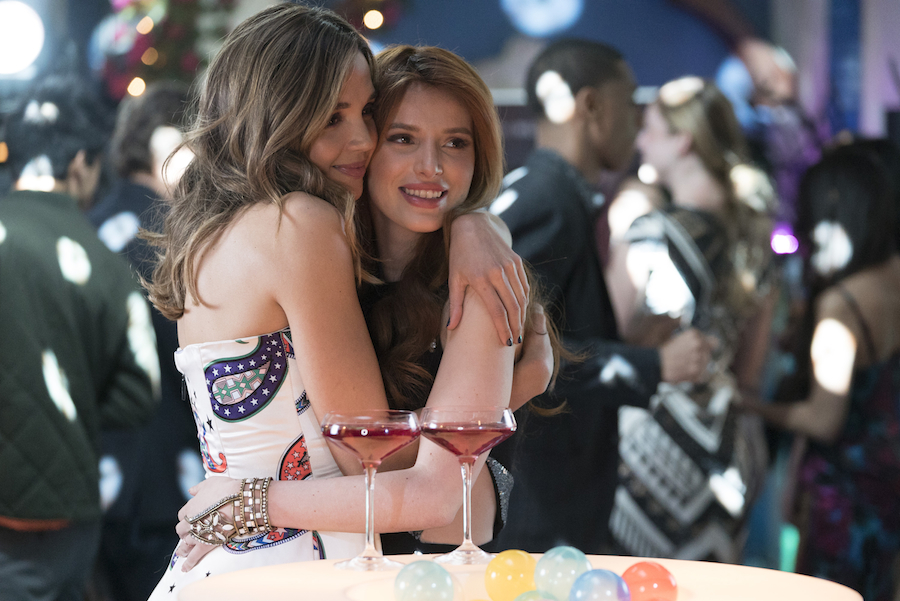 We all know that feeling, when a favorite TV show of ours comes to an end. An even worse feeling, when our NEW favorite show comes to an end before it even got the chance to fully develop itself, or before it got the chance to give fans a proper final send-off! Everyone has that one show that they’ll fight for. Well, here are 7 shows that didn’t deserve to be cancelled and why!

I grew up with “Sex and the City”. Not that it was necessarily a show I watched in my youth, BUT it was a show that my mother, my aunt, and my nana always watched. So I remember coming downstairs to talk to my mom and having to wait until a commercial because she was watching “Sex and the City”. Once I got older, I watched it a bit more and grew to love the characters too. I watched the movies with my mom, and I was SO excited about “The Carrie Diaries”! It brought a classic show into my generation and it seemed so fun. It was a show with a lot of spunk and a lot of heart, and it deserved more than 2 seasons.

Peggy Carter deserved better. I’m a Marvel girl at heart and this show was so special. Peggy Carter is a total badass. We don’t see enough of it in the MCU but Captain America probably would have died without her. This show was her chance to shine in the spotlight and show just how freaking cool she is, and it was cancelled after Season 2. 18 total episodes, that’s all we got. JUSTICE FOR PEGGY.

Just as I am a Marvel girl at heart, I am also a musical theatre girl at heart. I love performing on stage, I love to watch performances on stage. And I LOVED the idea of this show. I loved being able to see Josh Radnor in a role I could actually enjoy (sorry, but Ted Mosby is The Worst™) as the drama teacher! He reminds me a lot of the drama directors I have come across in my life. The show had potential to be something of a more serious, more dramatic “Glee” that focused on putting on a musical instead of competing in show choir competitions. Plus, Auli’iCravalho (aka MOANA) truly shined on this show and deserved more time to be able to show us all she can do. It got a lot of criticism for being too liberal, and ratings never really took off for it. Regardless of how others may have felt, I was sad to see it go.

Not EXACTLY cancelled, but cancelled in a sense. The show ran for 5 seasons on Fox before being cancelled for what seemed like no reason at all. The show is loved by many fans, so it wasn’t the ratings. Fox has tiptoed around the question, basically just saying that the show initially signed for 5 seasons and they felt it didn’t have a spot in the Fall lineup to renew it for a 6th. I HATE IT. Anyways, the day after Fox cancelled, our prayers were answered and NBC picked it up for Season 6. I am sad Fox cancelled, because if they hadn’t, we’d probably all be watching Season 6 RIGHT NOW and not waiting for 2019 to see the squad again. BUT, nonetheless, we owe everything to NBC for being the MVP.

“The Get Down” was the first Netflix original series to get cancelled after only one season. The show was a music drama that came from the glorious mind of the genius and legendary writer-director Baz Luhrmann. Set in the Bronx in the '70s, the show told a story of how hip-hop, punk, and disco came to New York as it was about to go bankrupt. It had such an original and unique premise, it deserved better.

A more recent cancel, another Marvel show. Apparently, this cancellation is because of “creative differences” between Marvel and Netflix, who were unable to agree on a series of terms for Season 3. So, we have to say goodbye to “Luke Cage”. This show rocks, so this is really unfortunate. JUSTICE FOR MARVEL SHOWS.

I will never get over this. The show’s plot was SO dramatic, but it was so cool and got me SO invested. It kinda showed life on the inside of the entertainment industry and how maddening it can be. The cast was amazing, the plots and subplots had me hooked, there was drama, action, love interests, everything. It all weaved together so well. And Bella Thorne KILLED IT as Paige. She acted the CRAP out of that show. I. Marlene King, the showrunner for “Famous in Love” (and other Freeform faves like "Pretty Little Liars") has voiced her sadness and anger with the show's cancellation, but in the end, it just didn’t have the ratings. Season 2 ended on a pretty good spot, but there was so much more I need to know! It deserved at LEAST one more season to wrap up everyone’s stories. Maybe one day we’ll see it again, I’M BEGGING.

Are there any shows we missed? Honestly, I think all shows that are cancelled deserve the chance to be picked up elsewhere, or at least deserve the time and chance to provide a PROPER series finale. My best advice? Support your favorite shows hardcore online. Show the love, and petition if there are rumors of it being cancelled. Honestly, all the online petitioning for “Brooklyn Nine-Nine” paid off and another network picked it up, so it’s not unreasonable to think that the possibility is out there for these shows to maybe come back eventually, whether it be in a series finale special to give answers and tie up all loose ends, or maybe it’s a reboot, or maybe another network decides it was wrong for a show to be cancelled and they make another couple seasons. These shows deserved better, and I’m forever salty that they got cancelled.