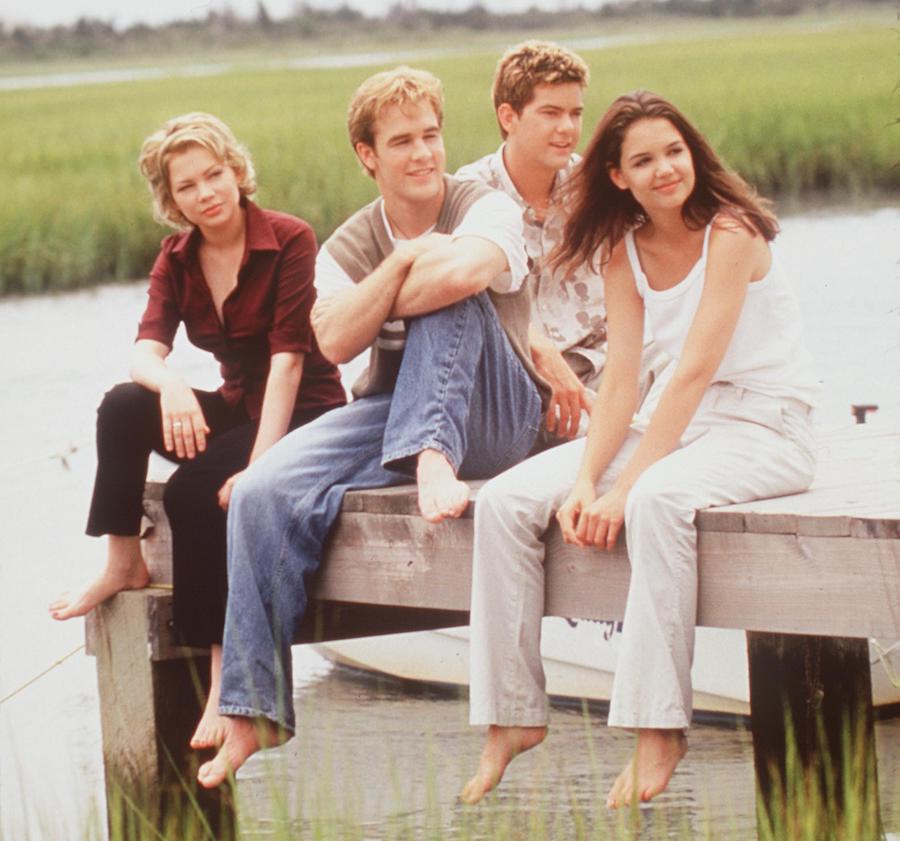 There is so much great television out in the world right now, but nothing is better than having 8 seasons of a completed show at your disposal. I have binge-watched every show under the sun, and some of my favorite shows are from the early-2000s! There is just something so different about the shows from that era of television. Here are 6 throwback shows that you need to binge right now!

Created by Kevin Williamson ("The Vampire Diaries, "Scream"), "Dawson's Creek" is about Dawson Leery, who is determined to be a filmmaker like his idol Steven Spielberg. The show follows him and his friends Joey, Pacey, and Jen, as they start high school. It focuses on the highs and lows of life as they adjust to all the new challenges high school brings. I love this show because of how raw it is; it emphasizes the fact that kids are kids and mistakes in life are made. "Dawson’s Creek" is available to stream on Netflix.

Created by Amy Sherman-Palladino ("The Marvelous Mrs. Maisel"), "Gilmore Girls" is about Lorelai and Rory Gilmore, who are the most impressive mother-daughter duo in television history if you ask me. Lorelai had Rory while she was a teenager, so they two do a lot of growing up together. The show starts as Rory is starting a new chapter of her life at a fancy private school in Hartford. Lorelai and Rory navigate love, loss, and family throughout this show. I love this show because of its emphasis on female empowerment. "Gilmore Girls" is available to stream on Netflix.

Created by Josh Schwartz ("Gossip Girl", "Nancy Drew"), "The O.C." follows Ryan Atwood, a teenager who has found himself abandoned by his family. Sandy Cohen, a wealthy lawyer from Orange County, convinces his wife to let them take Ryan in, and before you know it, Ryan and Sandy’s son Seth becomes Ryan's best friend and they navigate their crazy world together. I love this show because it really puts into perspective all the different economic backgrounds people come from and how that affects you. "The O.C." is available to stream on HBO Max.

Created by Mark Schwahn (Coach Carter), "One Tree Hill" centers around Lucas and Nathan Scott, two half-brothers that don’t see eye-to-eye at first. Nathan’s world is shaken upside down when Lucas steps into the picture and joins his basketball team. The show focuses on them and their friends, Haley, Brooke and Peyton, as well as their parents' drama. This show is the perfect binge-watch because of the characters you fall in love with all of them despite their many flaws. "One Tree Hill" is available to stream on Hulu.

Another Josh Schwartz creation, "Gossip Girl" follows Upper Eastside teenagers Blaire, Serena, Nate, and Chuck, who have endless access to money and privilege and use it to their advantage. So when Dan Humphrey from Brooklyn finds himself inside their inner circle, naturally it creates some chaos. And on top of all the craziness they already have in their lives, an anonymous blogger called Gossip Girl works to expose all their secrets. "Gossip Girl" -- along with it's 2021 reboot -- is available to stream on HBO Max.

Created by Julie Plec ("Roswell, New Mexico", "The Originals") and Kevin Williamson, "The Vampire Diaries" takes place in Mystic Falls, Virginia, a town that is no stranger to the supernatural. Here lives Elena Gilbert, a 17-year-old girl who just lost her parents and with them her passion for life. That is, until Stefan Salavtore comes along and reminds her what it's like to be alive again. The only catch is, he’s a 163-year-old vampire with a lot of baggage -- some of which includes his brother Damon, whose goal is to give Stefan an eternity of misery. I love that. while this show gives viewers top tier drama and love triangles, it works to answer the harder questions of life. "The Vampire Diaries" is available on Netflix.

All these throwbacks are great options when it comes to what to binge-watch next. But be warned: you might want to stock up on tissues before you start any of them!