6 New TV Shows To Look Forward To This Fall! 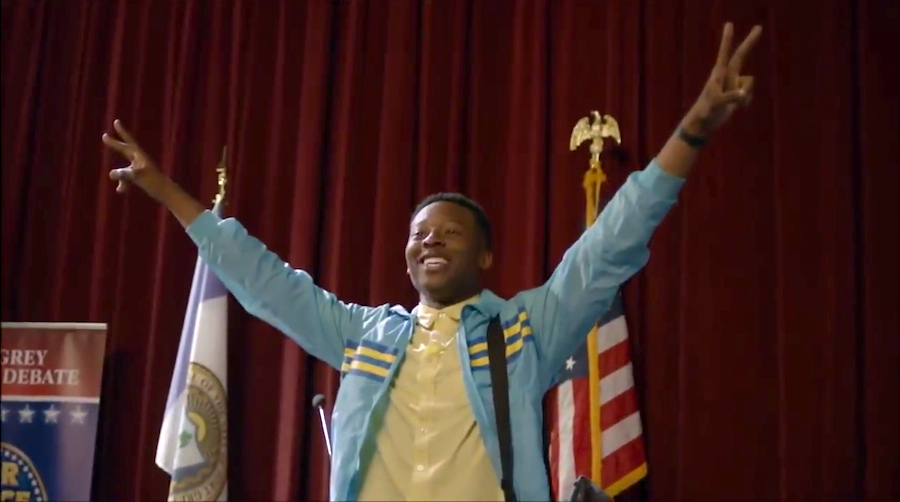 Bad News: Summer is almost over.

Good News: New Fall TV season is almost upon us!

And if you think that the current number of TV shows you’re dying to watch is staggering, just wait until Fall arrives. Many more dramas and comedies are slated to premiere in the next couple of months, and you’ll want to add some of these titles to your list of must-watch shows!

Starring “Parks and Recreation”'s Adam Scott and “The Office”'s Craig Robinson, this show looks like it’s going to be comedic gold. The premise sounds like a humorous version of “The X Files” in that Scott plays a “true believer” to Robinson’s cynical skeptic as they try to uncover mysterious happenings in Los Angeles. The trailer’s got a classic sitcom feel that ensures this show will be a hit among young and older audiences alike.

“A.P. Bio” offers a unique premise about an Ivy League professor who takes his talents to high school biology after losing out on a dream job opportunity. It stars Glenn Howerton from “It’s Always Sunny in Philadelphia” and has an all-star list of comedic producers including Seth Meyers and a slew of others associated with “Saturday Night Live”, like Lorne Michaels and Mike Shoemaker. Though there’s no trailer out for it yet, I’m excited to see just how funny this show has the potential to be.

In addition to “The Mindy Project”, Mindy Kaling’s got another project in the works. The show follows two brothers, Vince and Michael, who enjoy a bachelor lifestyle until Kaling turns up one day with Vince’s supposed child. There’s no trailer for this show yet either, but given that many of the producers and cast members have an affiliation with “The Mindy Project”, it seems like this comedy will be full of heart.

In this sci-fi drama that feels reminiscent of “Lost”, refugees from an American town that’s 250 years in the future start flooding into a present-day American town. With today’s current issue of refugees, this show feels particularly timely but with an added sci-fi element that’ll help with the entertainment factor of the show’s topic.

Another oddball match-up is in the works with “Deception”, which follows Cameron Black, a famous magician, who teams up with an FBI agent to solve mysteries and crimes after his career takes a hit due to a scandal. The show has a similar feeling to “Chuck” with its dramedy approach and fish-out-of-water plotline.

There seem to be a lot of quality comedies coming to TV this fall, and “The Mayor” shows a lot of promise to be one of the best ones. In this show, a young rapper runs for city mayor in order to promote his new mixtape but accidentally wins because it turns out he connects really well with his community. With the help of his mother and friends, it looks like he might just be able to bring change to his town.

More TV shows have planned fall releases, but these ones stick out the most for their promising casts and premises. Did we miss any shows that look particularly good to you?