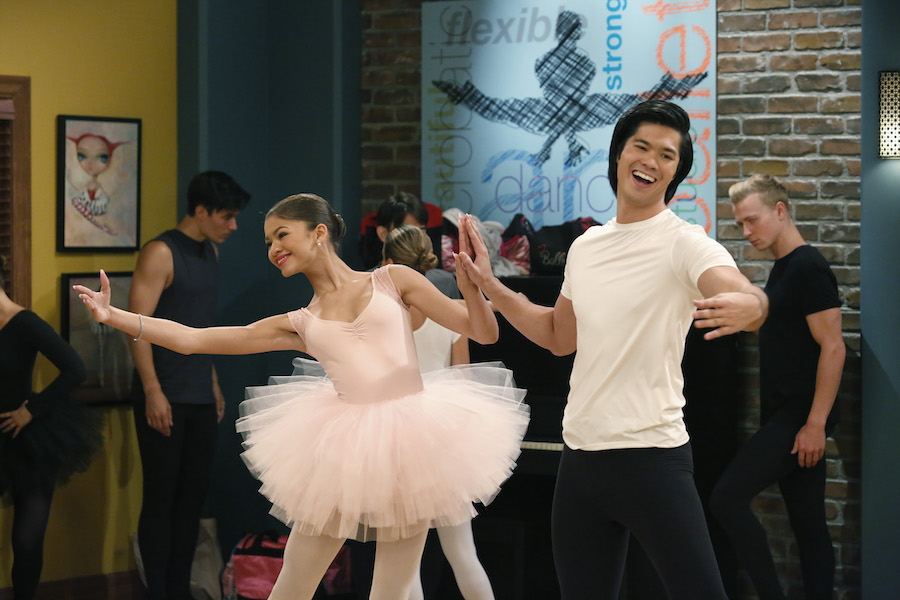 Some of the most memorable Disney Channel episodes are the ones with guest stars, whether it’s someone familiar or someone who becomes a household name later on in there careers. Here are 6 stars you probably forgot guest-starred on Disney Channel series!

SupermodelCindy Crawford appeared on a Fashion Week-themed "Wizards" episode back in 2009, playing a model named Bibi Rockford who came to life from a poster in Justin’s room. Alex stole the poster and used a magic copier to animate Bibi, then made her walk in a fashion show that Harper was interning for. Unfortunately, Bibi wanted to play a board game with Justin instead, so it took some convincing to get her to go back to work.

2. Jesse McCartney on "Suite Life of Zack and Cody"

Jesse McCartney was one of the biggest teen pop stars of the 2000s, and even the characters on "Suite Life" knew it! He starred as himself in a 2005 episode and London and Maddie frantically tried to meet him -- they even tried to sneak into his hotel room and disguise as waiters to talk to him!

3. Chloe and Halle Bailey on "Austin and Ally"

Chloe x Halle have become worldwide superstars with hits like “Do It” and “Ungodly Hour”, but they got their big break on Disney’s “Next Big Thing” competition in 2012. The following year, they appeared on "Austin and Ally" as a duo who won the "America’s Top Talent" competition that Austin was a guest judge on.

Before he was Reggie Mantle on "Riverdale", Ross Butler played Brett Willis on "K.C. Undercover", a former enemy spy who dated K.C. He left the show in late 2016 so he could star as Zach Dempsey in "13 Reasons Why".

China Anne McClain is a true Disney veteran, starring on shows like "A.N.T. Farm" and "Jonas L.A." as well as theDescendants movie franchise. Her first Disney Channel appearance was in a 2009 episode of "Hannah Montana" as a young Hannah fan who refused to eat vegetables after Hannah said she didn’t like carrots. The same scene features Sierra McCormick, who starred with China on "A.N.T. Farm", andLeigh-Allyn Baker, who played the mom on "Good Luck Charlie".

"Shake It Up" often featured guest singers or dancers performing on the fictional show "Shake It Up Chicago". Carly Rae Jepsen sang her hit “Sweetie” on a February 2013 episode, which also featuredTyra Banks as a librarian who Cece and Rocky helped prepare for a date.