6 Actors Who Surprised Us All & Killed It in a Musical! 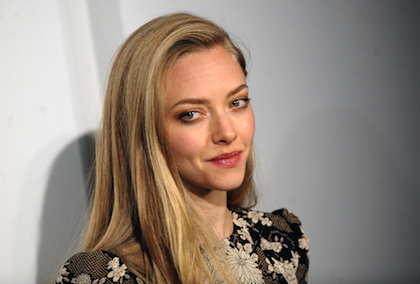 Wouldn’t you agree that when most actors, singers, musicians, etc. come onto the scene, they usually declare their art form before they become famous? Well, some actors like to surprise us and show off their singing talents once they’ve established themselves in the film and TV world! I’ve created a list of six actors who have unsuspectedly killed it in their roles in musical films!

This movie is literally one of the best movies ever made! Besides the enchanting romance, characters, and scenery, the actors NAIL IT in this film. Kidman’s high-pitched yet beautifully soft voice matches her character Satine’s personality so well. And McGregor’s deep and powerful voice makes for an amazing leading man. When I originally thought of these two, I never would have thought that they would be singers. Boy, am I glad that they are! Classic movie about truth, beauty, freedom, and love!

I think it's safe to say that Meryl Streep can do it all. I swear, she literally becomes every character she plays, and that’s why she executes them so well. She didn’t just sing the songs, she put emotion into them and turned the lyrics into her own. There’s something about her voice that is powerful and extremely memorable, yet creepy as the character should be! I’d say this is a job well done! Like usual.

I remember mine and everyone else’s reaction when this movie first came out: “That’s really Kristen Bell?!” She totally rocked it as Anna, Elsa’s sister, and I have to give her mad props for not only showing us her singing skills, but also singing in a little girl voice! She did it so well that I never would have guessed that was her! How cool is this.

Another one of my favorite movies of all time because the songs just get stuck in your head. Here’s another hottie actor that can act, dance, AND sing! Marsden is a triple threat, and he proved it in this film. He is the perfect Corny Collins and his voice is sooo good. He accomplished the smooth and confident sound that is Corny Collins himself. He also did some successful crooning that same year in Disney's Enchanted. Bravo, James!

Amanda is so stinkin’ adorable, and so is her voice. It’s sweet and easy on the ears, just like she’s easy on the eyes. Other people must agree that she has some great singing chops since she did a little in Dear John (2010) and slayed in Les Miserables (2012). Meryl Streep played her mom in this one too!