5 Things to Look Foward to in Season 2 of "Empire"! 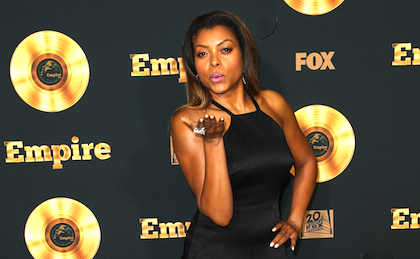 Good news, “Empire” fans! The battle for the Empire (AKA Season 2) will premiere on September 23. The writers behind the hit musical melodrama have been dropping hints left and right on what’s to come, and here is what they have revealed thus far:

1. Season Two will involve warring kingdoms: It sounds as though “Empire” has taken note from “Game of Thrones”; if the first season was a race for the throne, then Season 2 will be a full-on battle royale. Lucious (Terrence Howard) put his middle son, Jamal (Jussie Smollett), in charge of the empire, and he is going to run into all sorts of problems this coming season, including: having to face his two brothers, who are not happy about the fact that he inherited the company, as well as his father (who is now behind bars) and his ruthless mother, Cookie. It sounds like Cookie (Taraji P. Henson) may be his biggest threat, as Henson has hinted that she will return to her killer instincts next season. You best watch your back, Jamal…

2. Speaking of Cookie, she will get two love interests next season: Last season, Cookie had to balance her feelings for her ex-husband, Lucious, and those for her hot new bodyguard, who sadly left her for a job in D.C. However, she will be busy with two new men this season, so she won’t be lonely for long. There is no word yet on who will play her new men.

3. There will be guest stars a-plenty: Thanks to the success of “Empire”, everyone -- and I mean everyone -- wants to be on the show. Chris Rock, Lenny Kravitz, and Alicia Keys will all pop up in Season 2, as well as possibly the queen herself, Oprah. Timbaland will also get some help this season -- Ne-Yo has been brought onboard the music department. Sadly for us, though, he is not scheduled to appear on the show (I’m still holding out hope that he may change his mind on that).

4. Andre will show a softer side: When we last left the eldest Lyon, Andre (Trai Byers), he was expecting a little one with his cutthroat wife, Rhonda (Kaitlin Doubleday). Byers has commented that Andre will mature quite a bit as he becomes a father, and that he will continue his spiritual journey. However, considering the fact that Andre and Rhonda did kill Vernon, Lucious’s long-time friend, at the end of last season, they may have to face a few sins of the past.

5. We’re getting a whole lot more “Empire”! There will be 18 episodes in Season 2 -- that’s six more than we got in Season 1! The new season will be divided into two “mini” series; part one will air 10 episodes and end with an epic cliffhanger (I can’t wait), while part two will wrap up the season. September can’t come soon enough! If you haven’t caught up with the show, you can watch all of Season 1 on Hulu.

What are you most excited to see in the second season of “Empire”?