5 Things to Bake in Quarantine (That Isn't Sourdough)! 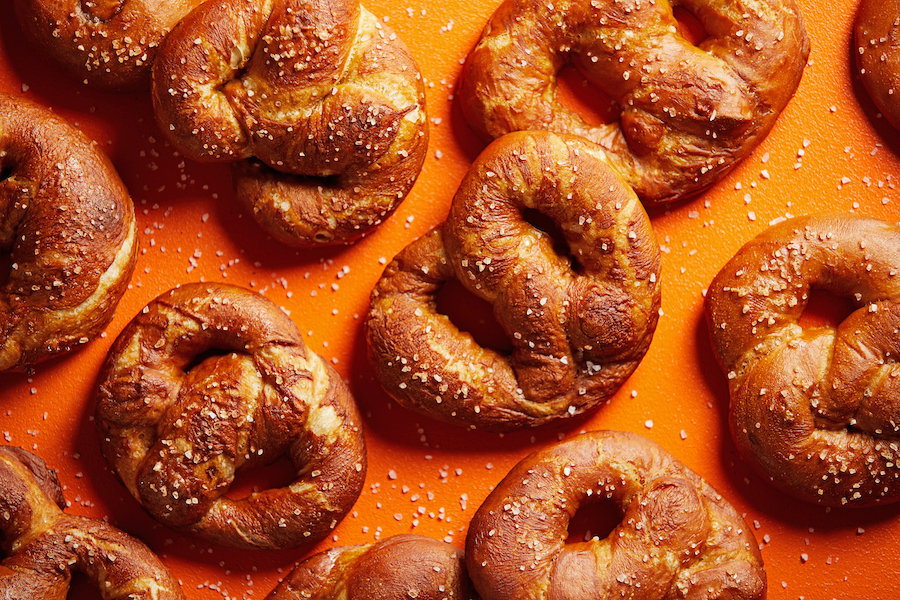 In the beginning, there was yeast. Until there wasn’t.

During the transition between March and April of this plague-ridden year, Instagram was inundated with photos of the crustiest variety. Millions of bread loaves filled the feeds of the unassuming masses, pulled straight from the ovens of their peers; "SourdoughMania", as we’d have it, was upon us.

It was John Bender who contended that there’s “nothing to do when you’re locked in a vacancy,” but he was wrong, his claims proven false by the stir-crazy prisoners of 2020 who braved the grocery stores in droves, buying up flour and yeast like their sanity depended on it.

It’s August now, and the general consensus is this: making bread is so 5 months ago. Here are a few sourdough alternatives that’ll fend off the baking bug for a few days!

If you’re one of those people who likes to feel as if Autumn is kicking you in the face, apple cider donuts are a good option. Not only are they synonymous with the decaying summer, but they’re fairly time consuming to make from scratch, allowing you to barrel full-force into the fall spirit. Here is a good recipe for authentic apple donuts, straight from the heart of New England.

A post shared by Katie • Katiebird Bakes (@katiebirdbakes) on

Ever-present in modern Czechia, the trdelník actually originated in a few different countries, namely Romania and Slovakia. Traditionally, the dough is wrapped around a cylindrical spit and baked over an open flame, then rolled in cinnamon-sugar. The best ones have Nutella slathered around the inside, and others still are filled with ice cream. This recipe has you using a foil-covered magazine in lieu of a spit, but a large can works just as well for wrapping dough. Congrats, you just got dessert AND an education.

There is barely a point to eating (let alone baking) a pretzel if it’s not Auntie Anne’s, which is why we’re working with acopycat recipe. This pretzel features brown sugar and sweet cream butter, which sounds unreal but is, fortunately, not. It makes twelve, but why stop there?

A post shared by Uptown Deli & Brew (@uptown_deli_and_brew) on

If you’re lazy and you know it, make puppy chow. There’s no baking required; just melting, combining, and coating, baby. Oh, and a word to the wise: you’ll always need more powdered sugar than what the recipe calls for. Always.

Combining cookie, cake, and sandwich seems so absurdly ambitious… and yet. And yet, we find ourselves in the midst of a Frankensteined dessert of the most epic proportions, exposed to the sugary tastes of both classic desserts, wrapped up in the form of the (newly-controversial) sandwich. It’s a dream. It’s a monster. It’s all we’ve ever needed, and so much more.

The Sourdough craze that [has us] sweeping the nation[‘s kitchen] has finally died down. Plants and animals are returning to our Instagram feeds, free from the oppressive grasp of the fermented dough, attesting to the fact that life does, indeed, go on. With life comes great pastries.

May the yeast be with you.