10 Female-Fronted Punk/Core Bands You Should Be Listening To! 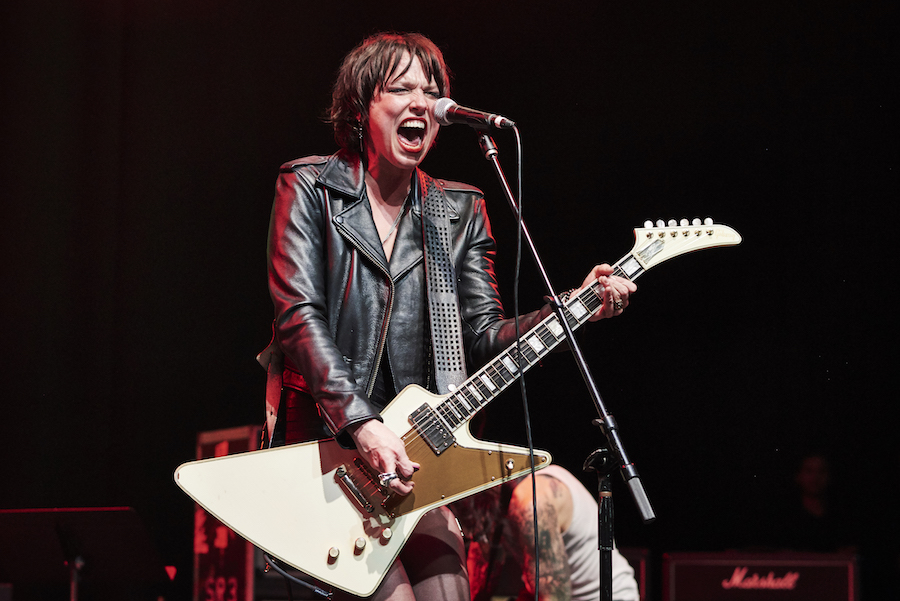 Dream State is an alternative rock/post-hardcore band from the U.K., fronted by CJ Gilpin and formed in 2014. On June 24, 2020, the band released the music video for their single "Are You Ready To Live?" Their most recent album, Primrose Path, was released on October 18, 2019.

Ash Costello is the lead singer of the California-based rock band New Years Day. The band formed in 2005, building its audience through MySpace. Their most recent album,Malevolence, was released April 4 of last year, and they released the music video for their single “Skeletons” on June 9, 2020.

Lead singerAriel Bloomer and guitarist Shawn Jump formed their band Icon For Hire in 2007. The band is a mix of rock, electronica, hip-hop, and pop. The band was funded entirely through a Kickstarter, which raised $127,200. Bloomer was born in Sweden and released her book Turn Your Pain Into Art in 2018.

Sincere Engineer is a Chicago-based band, self described as a mix of punk, pop, emo, and indie music, featuring lead singer and songwriter Deanna Belos. Belos formed the band in 2017, releasing their most recent single “Dragged Across the Finish Line” in 2019.

Flyleaf is a heavy rock band fronted by singerLacey Mosley between 2002 and 2012, andKristin May between 2012 and 2016. The band formed in Texas in 2002 and released their last album, Between the Stars, on September 16, 2014, before breaking up in 2016. May was previously the lead singer of the rock bandVedera.

Jinjer, fronted by Tatiana Shmailyuk, is a Ukrainian metalcore band formed in 2009. Shmailyuk joined in 2010 and the band released their first albumInhale, Don’t Breathe in 2012. Jinjer won the Best Ukrainian Metal Band in 2013 and 2016.The band’s most recent album, Macro, was released October 25, 2019.

Halestorm is a post-grunge metal band led by singer Lzzy Hale. The band, which was formed in 1997, is from Pennsylvania and features Lzzy’s brotherArejay on drums. In 2013, Halestorm performed on "Jimmy Kimmel Live!" and won the Grammy aAward for Best Hard Rock/Metal Performance for their song “Love Bites (So Do I)”. The band’s most recent releases include their 2020 EP Vicious - Stripped and their 2018 albumVicious.

CrazyEightyEight is a post-hardcore band, formed between vocalist Lauren Babic of Red Handed Denial, Jarrod Alonge ofSunrise Skater Kids, and Patty Walkers of AS IT IS in 2017. The band released their debut album Burning Alive in 2018. On June 26 of this year, they announced a cover of Rage Against the Machine’s “Killing in the Name of” featuring 9 other vocalists, which was released the following month.

The Distillers are a punk rock band from California, formed in 1998 by vocalist and guitarist Brody Dale. The band broke up between 2006 and 2018 when Dale and guitaristTony Bevilacqua formed the bandSpinnerette; however, the band has been inactive since 2010. In 2018, The Distillers released Man vs. Magnet / Blood in Gutters and in 2019 said that they are working on their fourth album.

SeeYouSpaceCowboy is a metalcore/“sasscore” band formed in 2016 from California. Connie Sgarbossa, the lead vocalist of the band, is a transgender woman. Prior to forming SeeYouSpaceCowboy, Sgarbossa performed in Flowers Taped To Pens and René Descartes. The band’s first album, The Correlation Between Entrance and Exit Wounds, was released September 27, 2019.