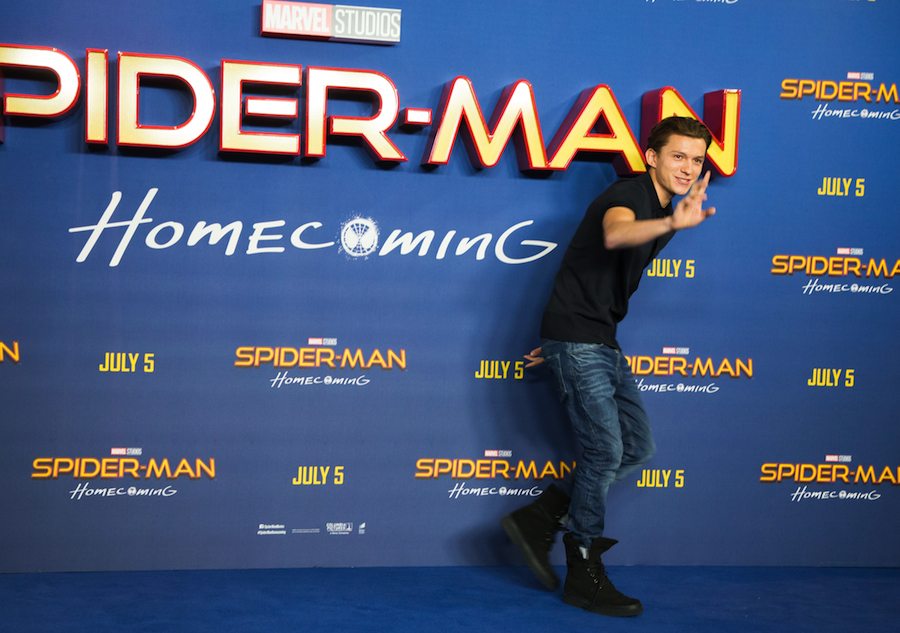 Are your spidey senses tingling? Well, they should be because we're less than a month away until Spider-Man: Homecoming hits theaters on July 7!

In the last 15 years, we’ve seen Tobey Maguire and later Andrew Garfield take on the role of the web-slinging Marvel superhero, and although great at playing Peter Parker, they were also both 27 years old when they played the high school-aged hero. Now, with this year’s rendition of the classic film, a much younger, more age-appropriate actor has stepped into the blue-and-red spandex. At just 21 years old, the young and cute Tom Holland is ready for the role of a lifetime. Here are some things you need to know about him!

Like his Spidey predecessor, Andrew Garfield, Tom was born in England; his mother is a photographer and his father a comedian, and he grew up in London. Over the last few years, he’s attended the BRIT School for Performing Arts and Technology, from which Adele and Amy Winehouse also graduated.

2. He’s slated to be in a bunch of upcoming superhero movies.

Sony has owned the rights to the Spider-Man character since 1999, so Marvel hasn’t been able to feature Spider-Man in any of its own movies since it would’ve cost the company millions. That’s why, when you see movies like The Avengers, the guy with the red and blue suit who shoots webs out of his hands is mysteriously absent amongst his fellow super pals. Recently, however, Sony and Marvel reached a deal that would allow Marvel to use Spider-Man for a very low price in order to breathe new life into the character. That means that Tom Holland can look forward to being in not only the next two confirmed Spider-Man movies to round out the trilogy, but also Avengers: Infinity War, which is due out in 2018.

3. He and his co-star Zendaya’s Twitter relationship is #goals.

At first glance, Tom and Zendaya’s Twitter exchanges look like they hate each other. But look a little more closely and it’s clear they just have a super cute friendship. Zendaya tweeted that she “can’t stand him,” to which Tom had a snappy comeback. He also tweets self-deprecating memes about himself that praise Zendaya. Follow them both to keep up with the action! 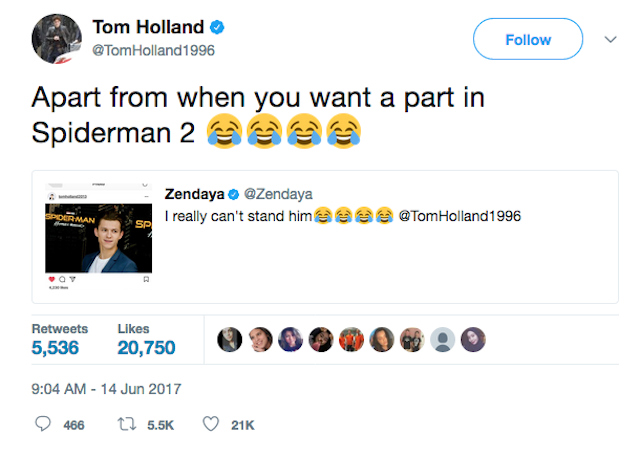 4. His first American talk show appearance was on “The Ellen DeGeneres Show”.

Tom didn’t have his first talk show interview in the U.S. until May of this year. Though he thought he’d be moving to Los Angeles, which would’ve probably meant more talk show appearances, he ended up staying in London. Unfortunately, this drastically decreases the odds of me running into Tom and having him profess his love for me...

5. He found out he was Spider-Man the same way we all did!

Though he thought he’d be finding out the day after his final audition if he’d been cast in the role, he ended up not finding out for six weeks, when he received an e-mail from Marvel to check online for an announcement on its casting decision. So he pulled up an article announcing he’d be playing the role on the same day as everyone else in the world!

Be sure to check out Tom's first featured performance as Spider-Man on July 7!