5 Stephen King Stories That Deserve a Reboot or Adaptation! 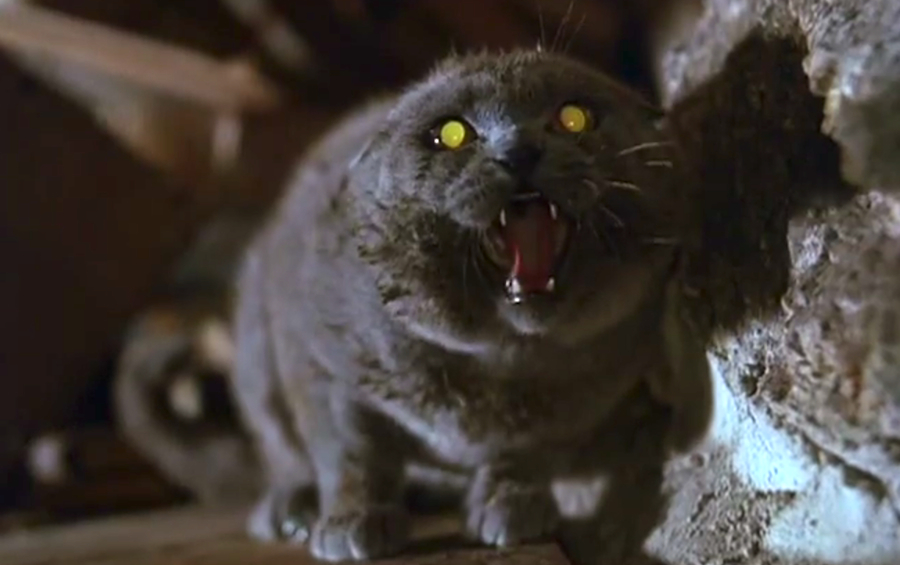 If you haven’t watched “Stranger Things” on Netflix yet, then first you should stop what you’re doing right now and watch it. Second, you should pick up a book and reflect on how much of an effect Stephen King has had on the show, and horror/sci-fi movies in general.

News has been released of King’s Dark Tower finally getting a big screen treatment with Idris Elba. To top it off, a picture has also been recently shown of a new feature film adaptation of the King book It, which follows the story of a child-eating clown demon who follows a group of kids that defeated him once into adulthood. The picture featured the new look of “Hemlock Grove” actor Bill Skarsgård as the clown named Pennywise, most likely as a way of setting him apart from actor Tim Curry, who originally played the clown, and it looks quite terrifying. The problem with that is, many of the movies based on King’s books have been anything but scary and are sometimes downright campy, so let’s look at some of his movies that could use a remake, and some of novels that haven’t gotten the screen time they deserve!

As a lifelong lover of so-bad-they're-good horror movies, Pet Sematary was a big deal for me. It’s even been parodied by “South Park” numerous times, and I gotta say Trey Parker and Matt Stone get exactly why it’s hilarious. The basic plot follows a family consisting of a father, a mother, a daughter, a very young son, and their cat named Church (after Winston Churchill) as they move into a small rural farm town. Across the street in a very unpopulated neighborhood lives Jud (played by “The Munsters” Franken-father Fred Gwynne), who knows a thing or two about the town. He warns about a Native American burial ground called the Pet Sematary, which can bring the deceased back to life. When a car hits Church, Jud agrees to help out, despite constantly warning about the horrors that will ensue… which, of course, they do. On paper, though, this story is very promising and is a big hit among King fans. Recently, the likes of Guillermo del Toro has expressed interest in doing a remake, being such a fan of the book. We’ll see if he can do it and get it right. Until then, enjoy the '80s comedy that is Pet Sematary. (Spoiler scene below and slightly NSFW for violence but it’s too funny not to include)

This is a special case. This one has actually been made into a miniseries twice -- two-parter back back in 1979 and again in 2004. The 1979 version in particular received positive reviews (despite taking many liberties with the source material), however there is a lot of potential for more here. Frequently considered King’s favorite book he has written, the story follows a writer named Ben Mears who returns to his childhood home of Jerusalem’s Lot ("Salem’s Lot" for short), Maine. There he befriends a high school teacher, has some sexy time with a young college graduate, and encounters, of course, a gang of vampires. (You know, classic Maine.) Those rascally vamps give everyone in town such a hard time, what with all the killing, maiming, and siring going on, it causes Ben and some other townsfolk to take the fight to the vampires. This story could easily be made into a movie for the big screen today, but on another note could be a full-fledged TV series, expanding on the lore and mythology of the supernatural in this town. Plus, it seems pretty relevant to me when it comes to gentrification by this quote from King in 1987 describing the story: “In a way, it is my favorite story, mostly because of what it says about small towns. They are kind of a dying organism right now. The story seems sort of down home to me. I have a special cold spot in my heart for it!"

Ah, the classic story of a writer (pretty common occurrence now?) named Jack who has to housesit a hotel that’s closed for the winter with his wife and son. All seems fine until Jack loses his mind due to the unrested spirits in the hotel and tries to kill his family. While I am definitely a big fan of the original Stanley Kubrick version (and, of course, the crazy conspiracy theories that have come with it from overzealous fans), the problem with Kubrick’s film is that it really had nothing to do with the book outside of basic plot. The changes and some visual “F” you’s directed at King from Kubrick enraged the author so much that a miniseries was later made, but a lot of people don’t have six hours to burn while watching a story they know from a much shorter movie. Kubrick will forever be a classic, but if people want to get the real King story but got a thing against letters and words, then a remake of this is totally fine in my book.

AKA the one that King almost completely forgot he even wrote it. It’s your typical story of an abusive mechanic (like a writer but with broken cars) father and how his family dog, Cujo, gets super-rabies from going down a rabbit hole (much like the one King went into his mind during this time) and gets bit by the wrong bunny to mess with. After that, the mangy mutt gallops around town bringing terror and murder everywhere it goes. Back in 1983, this was made into a movie, but it got mixed reviews at best and the results are just as hilarious as any SyFy TV movie that seems to be taking itself too seriously. A remake would be great, but I would even take a SyFy TV movie for this one with the right Sharknado writer behind it.

This one is quite complicated, and at 823 pages, it rivals a single A Song of Ice and Fire novel. The Stand is a post-apocalyptic fantasy about a deadly plague that kills most of the planet’s population. The survivors immediately restructure society and split off into two groups – one lead by a kind and caring leader, and the other by a real piece of work I tell you. It’s a literal story of light side vs. dark side, black vs. white, good vs. evil… you get the picture. Back in 1994, it was made into a well-reviewed and awarded miniseries with a pretty darn good soundtrack. The problem is that, by today’s standards, it all moves quite slow, the production value is bleh at best, and it is more than a little dated. I personally have attempted to watch and fallen asleep during it, and given that it’s not on Netflix anymore, I probably will never be able to give it the chance it deserves, so why not just start over and remake it into a movie (or two) for the big screen?

That’ll wrap it up, folks. Plenty of things still left to rebooted and recharged in the ol’ King vault. Until some of these get made, let’s just all agree the last thing we need is another remake of Carrie, since the first one definitely works fine as-is.