5 Reasons That 'Everything Everywhere All at Once' Totally Lives Up To The Hype! 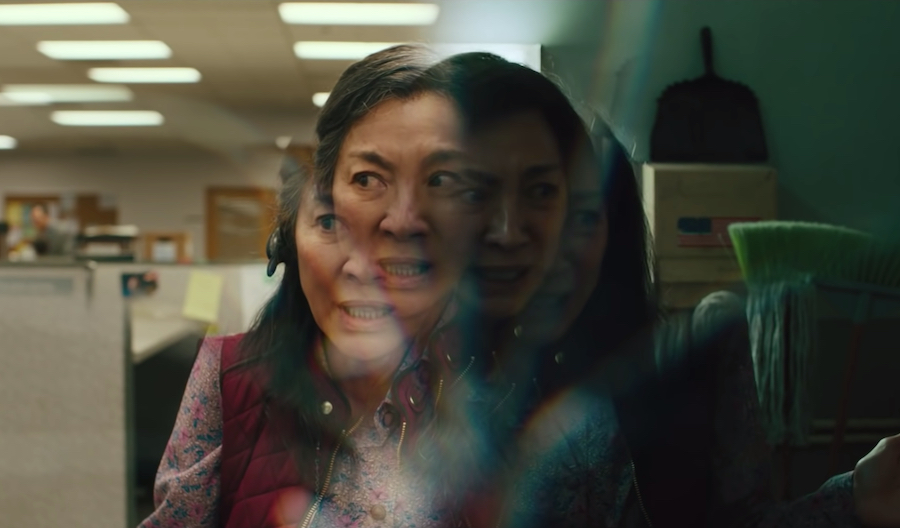 If you’ve been anywhere near a movie theater in the past couple months, you’ve definitely heard about Everything Everywhere All at Once. Written by Daniel Kwan and Daniel Scheinert (collectively known as The Daniels), this is the latest gem to come from A24.

Once I heard all the hype, I knew I had to see it. I was a little skeptical going into the theater. Calling any film a "masterpiece" is pretty strong appraisal. Is it really that good? Would it really make me cry? Well, many tears and emotional conversations with my mom later, I can safely say that it lives up to its acclaimed status. Here are 5 reasons why it’s quickly becoming one of the most beloved movies of its generation!

This movie is hilarious from beginning to end. Specifically, the main character Evelyn’s (Michelle Yeoh) bluntness juxtaposed against her husband Waymond’s (Ke Huy Quan) optimism is mined for plenty of comedy. The direction by the Daniels only plays into this more, framing characters’ cartoonishly violent actions in a way that is bound to make people laugh.

Everything Everywhere All at Once has plenty of moving scenes and moments. The film starts out with Evelyn struggling to make ends meet in both her personal and professional life. Her feelings of hopelessness about her situation are treated sensitively and in a way that audience members can emotionally relate to.

Fighting is a huge part of the story. Make no mistake, while Evelyn is a lot of things, she’s also an action hero. As such, she has a lot of hand-to-hand combat encounters. These fight sequences serve as much more than cool set pieces. They’re used to break up tension with some laughs, to add emotional depth to already deep scenes, and to explore the kind of person Evelyn is.

The Daniels pay tribute to so many different styles of filmmaking that it’s hard not to find at least one thing any given person would like. The movie’s fight scenes alone feel like they’re an homage to a mixture of Crouching Tiger, Hidden Dragon (a movie that Michelle Yeoh also starred in) and The Matrix.

Everything Everywhere All at Once deserves to be praised for all the above points because they all play a part in showcasing the main lesson of the movie. However, we should also talk about the quality of the lesson itself. The film has wisdom galore about life. By Evelyn working through her fractured relationships, the writers make profound statements about how choosing good can create a meaningful world.

The title for the movie is very fitting, as there’s so much in it. From superhero tropes to sci-fi tropes to comedy tropes to important life lessons, everything from everywhere is in this film, and it’s all at once. Could one ask for anything more?

Everything Everywhere All at Once is now playing in theaters!