5 Movies We Can't Wait To See This Summer! 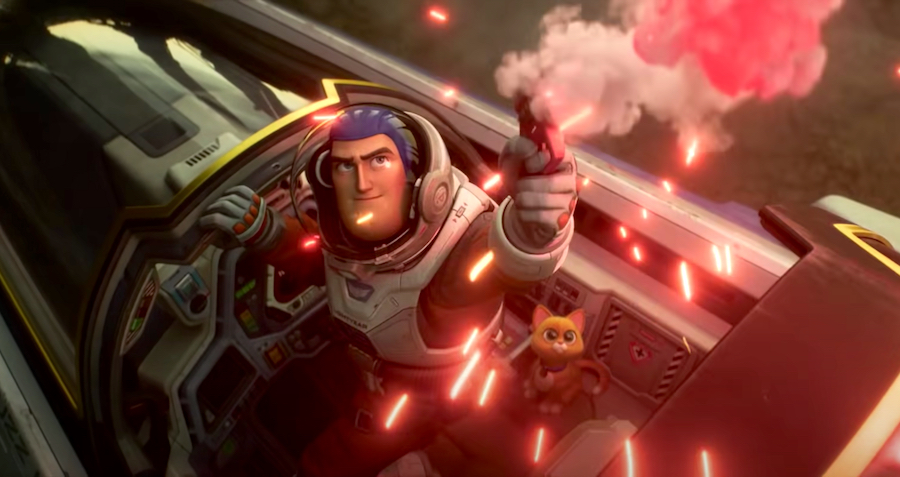 Summer is quickly approaching and so are tons of movies you'll be wanting to watch this with friends and family. Ranging from you’re favorite superheroes and actors to your favorite books turned into movies, this Summer’s film releases are ones you won't want to miss. Here are our top movies to watch coming this Summer!

Following the previous 5 Jurassic films in the series comes the 6th installment, Jurassic World Dominion, directed by Colin Trevorrow. The future of mankind is challenged once again following the destruction of the Nublar Island in the film. The cast features Chris Pratt, Isabella Sermon, Bryce Dallas Howard, Justice Smith, and OG Jurassic Park stars Sam Neill, Laura Dern, and Jeff Goldblum reprising their iconic roles. With the film being the sixth in the series, Chris Pratt confirmed it to be the final one to close off the popular franchise. We are sure they're going to finish off this series with a bang!

The anticipated animated film Lightyear reveals the story behind our favorite character from the Pixar animated film series, Toy Story, Buzz Lightyear. Directed by Angus MacLane, the film is set to be centered around an intergalactic space adventure of the "real-life" Buzz Lightyear, the inspiration behind the popular toy. Accompanyingg Buzz and his galactic friends is a furry companion you are sure to enjoy meeting as well. Buzz Lightyear is voiced by Captain America himself, Chris Evans, and alongside him are his co-stars Keke Palmer, Uzo Aduba, Taika Waititi, and more. This animated film will definitely transport you to your childhood and we can’t wait for it to premiere!

Elvis, starring actor Austin Butler, is a biopic centered around the King of Rock & Roll himself, Elvis Presley, and his life from the '50s up until his death in the '70s. The film is directed by Baz Luhrmann and produced by Gail Berman, Catherine Martin, Patrick McCormick, and Schuyler Weiss. This film also features Tom Hanks as Colonel Tom Parker, Elvis's long-time manager. It is said that Austin Butler prepared to voice the artist as accurately as possible for the film. We can’t wait to see and hear those amazing songs we know and love!

Following the Minions franchise comes the film Minions: The Rise of Gru, the origin story of our favorite character Felonious Gru, voiced by Steve Carell. Directed by Kyle Balda, the film centers around Gru and his minions trying to join a group of supervillains but instead encounter obstacles in the process. Gru eventually learns about bad guys always needing a little help from their friends. A film for the family and minions alike to enjoy this Summer, you won’t want to miss it!

Our favorite God of Thunder is back and so are Chris Hemsworth and Natalie Portman in the Marvel film, Thor: Love and Thunder, a direct sequel to Thor: Ragnorok\, making it the 29th movie in the Marvel Cinematic Universe. The film centers around Thor's retirement being interrupted by a Galactic killer named Gorr The God Butcher, who is set to seek the extinction of gods within the universe. The film is directed by Taika Waititi as well as written by Jennifer Kaytin Robinson. It's a movie that all Marvel fanatics will definitely be anticipating watching this Summer.

Which film are you most excited to watch this Summer?