5 Other Super Ladies of the DC Universe Who Deserve Their Own Movie! 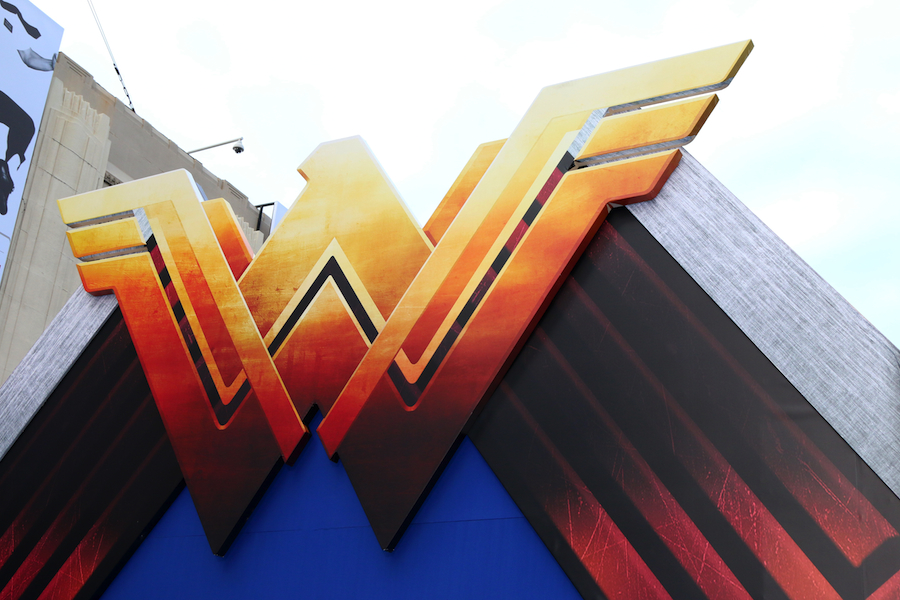 This past weekend, true Girl Power ruled, as we learned that a female superhero can carry a movie just as well as a man. DC and Warner Bros. released their newest iteration of Wonder Woman, and audiences are loving it. The film raked in a whopping $115 million and is now the highest-grossing film to be directed by a woman (Patty Jenkins). Viewers have been eagerly embracing Gal Gadot’s take on the iconic superhero, who proves that women can save the day, without a man. The successful release of Wonder Woman is encouraging not only for female directors but for fans of the powerful ladies of the DC-verse. Could DC now make films about female superheroes where they’re not paired with a man? The answer isn’t that they could -- they should, and there are a number of super cool female heroes in the DC verse that deserve their own movie too!

How does Zatanna not have her own movie by now? She has to be one of the coolest characters in the DC universe. A stage magician -- and an actual magician -- Zatara has legit powers thanks to her mother. She was raised by her father, who had a huge influence on her, and she’s a childhood buddy of Batman’s. Zatara is not a pure hero (she often uses her powers to her personal advantage), but that’s partly why she’s so interesting. Her biggest appeal is her showmanship personality and Vegas-like act (which would be great on film; remember Now You See Me?). I would also be curious to see what her costume would look like; Zatara’s costumes have undergone many alterations, depending on the universe she appears in.

Did you know that Aquaman has a wife (and a baby, aptly named Aquababy)? He does, and she’s much cooler than he is. Mera is queen of Atlantis, and it’s unsure whether or not she sought Aquaman to help her kingdom or take revenge on him for forgetting about his people (so their relationship is 90% more interesting because of that). Although much of Mera’s storyline is intertwined with Aquaman’s, she is still her own woman, and that’s why she deserves her own movie that doesn’t focus on Aquaman. While we wait for Mera to get her own movie, Amber Heard will portray her in the upcoming Justice League movie and in Aquaman opposite Jason Momoa.

There are actually two different Huntresses, so there could either be two different Huntress movies (although that could get a bit confusing), or DC could pick one to focus on. The first Huntress, Helena Wayne, is actually the daughter of Batman and Catwoman. While that is the more well-known Huntress, I actually prefer Huntress 2.0, Helena Bertinelli. She’s the orphaned daughter of a murdered mafia family who has decided to seek vengeance on the underworld. She and Batman have a tumultuous relationship, as he doesn’t agree with her desire to kill. Bertinelli’s background is far more interesting than Wayne’s, and I like the idea of a woman in the DC verse who (a) isn’t pining after Batman and (b) actually makes him question his tactics as a hero.

Aka Mari McCabe, Vixen is the first African-American female superhero in the DC verse. Although she is not super well-known, Vixen has got some incredible powers -- she can mimic the power of any animal on the planet. At any given time, Vixen can transform herself into a tiger, a wooly mammoth, a penguin... you name it, she can become it. Vixen has joined various teams including Justice League and Suicide Squad and has appeared as various incarnations on TV (for instance, Mari’s grandmother appears in “Legends of Tomorrow”). There are hardly any black superheroes (beyond Black Panther) and it’s time that the few that are out there get their own movie.

One of the more well-known women of DC (she was one of the original Birds of Prey), Black Canary has still not managed to snag her own movie. She’s a prominent character on “Arrow” and in the animated world of DC, and is known for her kick-ass martial arts skills (although her primary superpower is the ability to create ultrasonic vibrations when she screams). Aka Dinah Drake, she’s had a variety of jobs (depending on her incarnation) infiltrating gangs, an assassin, and as an attorney. She’s often paired with Green Arrow, which means we would get to see him on screen (and instead of Black Canary supporting him, he would support her).

Which DC leading lady would you like to see in her own movie?