5 Other Disney Villains Whose Origin Story We'd Like To See! 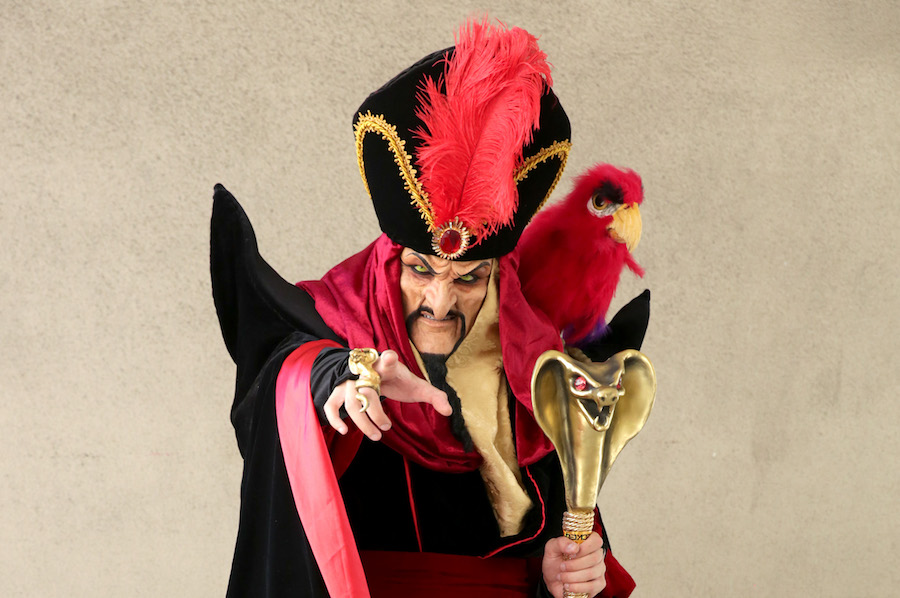 Disney villains are getting their due, and Cruella, starring Emma Stone, shows us a more complex version of a woman only previously known for her evil side as well as a vision of what future movies featuring Disney villains could bring to audiences. In an interview with Emma Stone, she mentioned that she’d be interested in an origin story for Ursula, the villain from The Little Mermaid, and that got us thinking about what other characters we’d like to see more from!

In the vast Disney universe, we zeroed in on 5 classic villains we think deserve a movie for themselves!

1. Ursula from The Little Mermaid

We agree with Emma! Ursula is not only a genuinely scary villain for Disney audiences (she takes away Ariel’s voice!) but also is an iconic character, from her song “Poor Unfortunate Souls” to her creepy eel sidekicks. We’d love to learn how Ursula gained her magical abilities and what could have happened in her past to make her target young girls like Ariel into making Faustian bargains.

2. Doctor Facilier from The Princess and The Frog

The Princess and The Frog is one of Disney’s best, with the magical setting of New Orleans and kind-hearted protagonist Tiana. She faces off against Doctor Facilier, who uses dark magic to control the city and wants to get the LaBouff fortune. Alongside the interesting ways that the city of New Orleans could be tied into his backstory, we want to learn the deeper reasonings behind his dependence on deception and voodoo magic to attempt to run the city.

The Princess And The Frog Facilier GIF from Theprincessandthefrog GIFs

Like many other Disney villains, Jafar wants power, and that involves a certain magic lamp. What in Jafar’s past would have led him to betray the Sultan and to want to be the most powerful sorcerer in the world? It would be interesting to see a story that delved deep into the origins of Jafar before he became involved in the royal court.

While the Stepsisters are getting a screen story, we want to see one that focuses on the Stepmother too! Since the Stepsisters are the second generation of villains in the Tremaine family, we’re curious as to how their mom became so obsessed with a royal marriage. Did she have a romance in her past that could be explored?

5. Gaston from Beauty and the Beast

The self-obsessed villain of Beauty and the Beast might seem one-dimensional, but we’d love to see Disney further explore Gaston’s childhood growing up in that little town and his heroic exploits that earned him such a sterling reputation among the villagers. Or, what does he do after the events of the movie? Maybe we could see a version of the story where a villain turns good!

Though filming is already currently underway on a live-action remake of Disney's 1953 classic Peter Pan, I'd personally love to see an exploration of Captain Hook's life before he became stuck in Neverland and lost his hand to Peter Pan! In J.M. Barrie's original book, the author lays many intriguing clues as to what Hook did and who he could be, in particular the very enigmatic line, "Hook was not his true name; to reveal it would set the world ablaze." Okay you've got my attention! I would love to see a film that speculated on who exactly Hook really is! -- Katie Marzullo, Ed.

With so many villains to choose from, we hope that these stories get explored one day, and that we get to see some of our favorite movie universes expanded on the screen again!