5 New TV Pilots to Look Foward to This Fall! 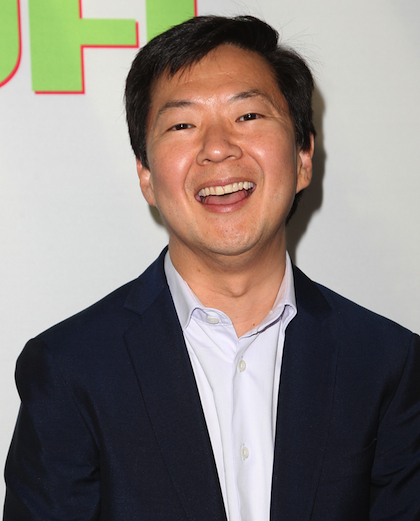 Hollywood survived another successful award season, and now everyone’s attention has shifted to pilot season, and the networks are competing with one another to produce the best shows. Last year’s crop of pilots saw a variety of reboots and comic book adaptations, and it appears that this year’s features more of the latter. The networks are showcasing more diverse shows (probably in part due to the success of “Black-ish”, “Fresh off the Boat”, and “Empire”) and more yet DC reboots (thanks in part to the success of “The Flash”). There appears to be a number of promising pilots, and it took me quite some time to narrow down my list to the top five:

1. “Dr. Ken” (ABC): “Dr. Ken” sounds a bit like a whackier version of “The Mindy Project”. Starring Ken Jeong (and loosely based off of his own life), “Dr. Ken” focuses on a doctor (Jeong) who is not only annoyed with his job but with his family and personal life as well. Since Jeong actually is a doctor in real-life, I would be curious to see what commentary he would bring regarding the medical field. The pilot also boasts an impressive cast, including my favorite adorable actor, Albert Tsai (“Trophy Wife”) and "Kids In The Hall" alum Dave Foley.

2. “Lucifer” (Fox): Any show that involves the Lord of Hell immediately catches my attention. Starring Rush’sTom Ellis, this drama centers around the good ol' Devil himself, who grows bored within the depths of Hell. He resigns his position and heads to L.A. (naturally), where he decides to help the LAPD punish criminals. The show is based on characters by Neil Gaiman, Sam Keith, and Mike Dringenberg for a DC comic. Shows based on comics from the DC-verse have done quite well ("Smallville", “Arrow", “The Flash”), so hopefully “Lucifer” will prove just as promising.

3. “Telenovela” (NBC): I’m a sucker for telenovelas (I love that in nearly every episode someone gets slapped) so you can imagine how a show all about telenovelas would appeal to me. Eva Longoria is the star of this comedy that takes a behind-the-scenes look at a long-running telenovela. Longoria plays the star of the show, and as the series goes on, it turns out that the drama backstage is even more interesting than the drama in front of the camera (I hope that there will be double the slaps). I’ve always thought that Longoria was a rather underrated comedic actress, so hopefully this will give her a chance to show the world her chops.

4. “Cheerleader Death Squad” (The CW): The title alone piques my interest, but the premise sounds equally as promising. “Cheerleader Death Squad” focuses on a discharged CIA agent-turned-teacher, who takes over the pep squad at a bougie Washington D.C. prep school. He quickly discovers that his students have quite a few connections on “the inside” and decides to train a few of them to be his spies, in the hopes that he will be able to get into the agency. The pilot is being produced by Marc Cherry, who created “Desperate Housewives”, so expect a satirical and quirky look on the world of espionage.

5. “Supergirl” (CBS): It’s about time that the female superheroes get a little love too. After a botched “Wonder Woman” pilot, Supergirl has stepped up to be primetime’s leading crimefighter. In this version, Kara Zor-El (Melissa Benoist) escapes from her home planet (Krypton) and arrives on Earth. 24 years pass, and she decides to finally embrace the same superpowers that she shares with her super cousin. Kara transforms herself into Supergirl, and sets off to kick some booty. All hail the super girls!

Which pilot are you most excited for?