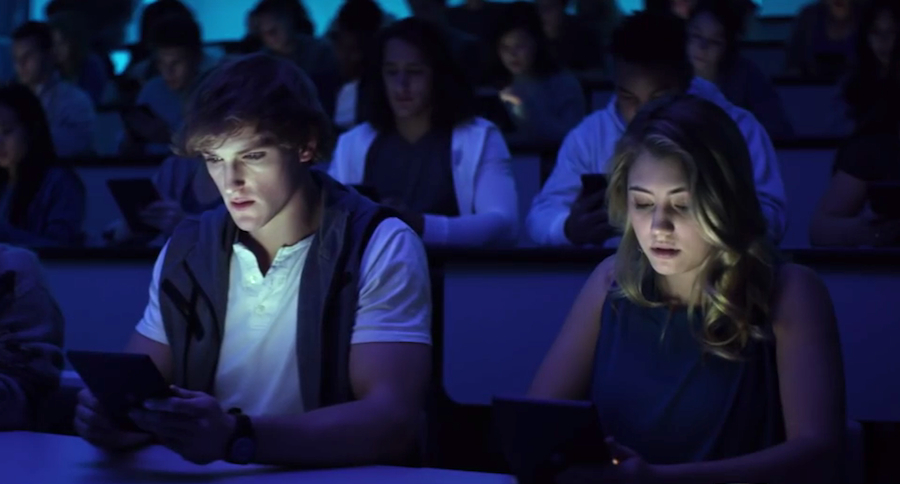 Many have gone back and forth on whether they think they want to pay a monthly subscription for these benefits, and I will say that, on top of being able to listen to YouTube and navigate other apps on my phone, the original content is pretty amazeballs.

Luckily, YouTube gives you a 30-day free trial to test out to see if it’s right for you. So while you have a month to de, here are the shows/movies you have to watch on YouTube Red.

"Ghostmates" is a hilarious comedy from the creative minds of Ian Hecox and Anthony Padilla. While this is their second feature-length film, it’s obvious that they have honed in on their concept, writing, and execution of moviemaking and created "Ghostmates" with a special guest appearance from T-Pain!

YouTube Red and Joey put on a murder mystery night that is creative and a twist on a reality show starring some of our favorite YouTubers, like iJustine, Oli White, Tim DeLaGhetto, and GloZell Green, to name a few. You can watch the first episode on YouTube without a YouTube Red subscription.

Similar to Joey’s "Escape the Night", BlackBoxTV does a reailty-based survival game with YouTubers like FouseyTube, J.C. Caylen, Dennis Roady, and VitalyzdTV. The YouTubers are trapped in an abandoned hospital for three days where they must find a way to escape the experimental facility infested with zombies! The first episode is also available on YouTube without a YouTube Red subscription!

Probably one of the more impressive YouTube Red offerings I’ve watched, "The Thinning" made me forget I was even watching YouTube. This feature-length film brings a dystopian narrative to life with the help of a new side of Logan Paul that his fans probably wouldn’t expect. The movie is suspenseful and will have you wonderng what’s around every corner!

From the mind of Wong Fu Productions, "Single By 30" is a Millennial romantic drama series about Peter (Harry Shum Jr.) and Joanna (Kina Grannis), who run through the trials and tribulations of 20-somethings trying to find love. You can also catch the first episode of this series without a YouTube Red subscription!